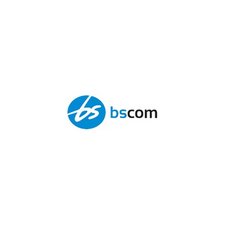 LCD working only when battery is fully discharged

I have an iPhone 7 and it had some problems with LCD before - there was some stripes and noise on the screen sometimes. But now after changing back cover it looks like screen is not working when phone is booting nor when phone is fully booted. I have some positive feedback like phone vibrating when home button is pressed or recognition by PC, sound is working but screen is just black without backlight.

Only time when screen works is when battery is drained and phone is showing charging icon. When battery gets to current where iPhone turns on then screen is dead.

I tried different screen but same result. Problem has to be on MB. Have anyone ever seen something like this before?

Thank you for any ideas.

When the battery is charged and you don't get that "charge battery" screen, connect it to iTunes and let the phone boot. Then shine a bright flashlight on the screen. If you can see a dim image, then your backlight circuit has failed. It's not entirely clear why you can see the charge screen but may have to do with intensity. I suspect the backlight filter is partially failed and works a bit but can't sustain high current.

You were right. I tried that before but didn't see anything. Now I see that backlight is really broken. Do you think change of U3701 should be enough? Thank You!