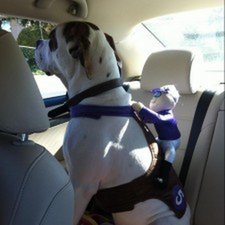 SSD cannot be seen, but other mac sees it when in target disk mode

I have a late 2013 macbook pro 13" A1502 ("A"). Recently the computer would not boot, so i wiped the hard drive via target disk mode via thunderbolt with my 2011 macbook pro 17" ("B") and installed the operating system. Laptop A worked fine with High Sierra. However, my father kept complaining how slow it was now. I wiped again in target disk mode and attempted to install mavericks with no luck (got prohibitory sign on boot after i installed).

I guess there is obviously a problem with the 13" logic board, however the thunderbolt connection is able to detect the SSD. My question is: Is it possible to successfully image the 13" from the 17" while the 13" is in target disk mode?"

Might be the format the SSD is set for

More likely the OS-X/MacOS version is not supported on the drive any more. While Mavericks 10.9.x is the oldest version this system supported it can't be used. The systems firmware update may also effect what version of OS is supported as well.

Apple altered the drives format with the introduction of High Sierra (APFS) so you can't go back once the system has High Sierra installed without reformatting the drive.

Don't use cloning software it just makes a mess of things. More so now with the newer drive format your system has.

Just to clarify when the installer see's the drive is a SSD it will automatically upgrade the format to APFS. You can't stop it. That is why you are seeing the prohibitory sign when you attempted to down grade the OS as the older OS can't run on the newer drive format.