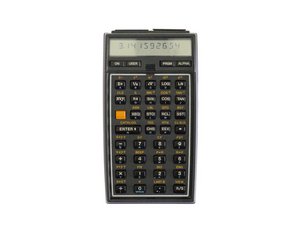 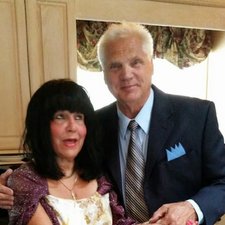 I haven't used this HP 41C - RPN calculator in over 25 years. When I stored it, I took the four batteries out for safety. I desire an expert to open it up, clean and make serviceable again for my use.

Actually, the HP-41C are not very hard to fix. When you turn it around, you see those four „rubber feet“. They are attached to the case with some double sided tape. Just peel them off carefully and you will see the screws, which hold the two halves of the enclosre together. Just unscrew them with a little philips screwdriver. There are no tricky snap-in connections or springloaded things that explode right into your face, when you open the enclosure, so just dont worry.

I have already repaired three of those calculators, which belonged to my father. I have some close relationship to them, because the HP-41C was the first thing, that I have programmed in the end of the 1970s.

The problems, that I have met were poor contacts due to corrosion. All three calculators had leaking batteries and the liquid has oxidized the copper of the battery contact block. I have carefully scratched off the green oxides with a knife. You might also want to take out that block and clean all contact surfaces with a tuner spray (contact spray might be a bit too agressive). Before you take the block out, you might want to take a picture, so you can remember the original position. Oh... use a cotton bud with the tuner spay and let it dry, before you assemble the calculator again.

I also had a problem with the copper area that is touching the battery holde. It was just eaten up by the corrosion. I have used a bit of silver paint, that is made for fixing pcbs. You might find it on ebay or a...zone.

After assembling the battery block and enclosure, you can test the calculator with a set of fresh batteries.

In case you only have rechargable batteries, you might need them to be fixed. There are probably companies, who are specialized in that. I had that done once and it worked fine. I wouldn‘t really recommend to do it yourself.

Anyways, I think, the weakest part of the hp-41 is that battery block and the procedure, that I have described helped me in 3 of 3 times.