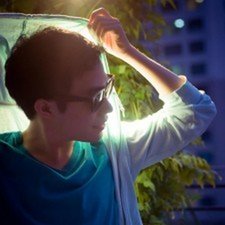 Almost a year ago, I spilled some hot chocolate into the back vents of my laptop. I cleaned it out and everything seemed to be working perfectly fine.

Over the course of the next few months I started having random wi-fi disconnections, but I didn't think too much of it.

Within the last two months this has been my situation: I turn on my laptop and wifi is working fine, but after about an hour, the wifi would cease working. I suspect that this has to do with how hot my computer has become at that point. It would either give me the "No Hardware Installed" error, or it would be stuck in the "Wi-fi is turned off" mode and be unable to switch to being on. I have been able to connect to the Internet via Ethernet cable consistently.

Based on my observations, as well as some of the posts on this website, I suspected that either my Bluetooth/Wifi card has failed, or my cable has failed. I followed the guide to remove both pieces to try to inspect them and see if I could identify which part had failed, to see if any residue had been left uncleaned on either segment, but I couldn't tell.

Now however, after I had replaced all of the parts, the wifi has completely stopped functioning. I now get the message saying that no Wi-fi hardware is installed. However, the Bluetooth continues to work fine. Ethernet also still works and I am able to connect to the Internet.

At this point I'm not sure what has happened and would like to know if anyone would be able to help me. Has my Wifi card failed? Or should I look to replace the cable? Or both? A third possibility: would it be an issue with my antenna cables? Please help!

Update: As of today, Wifi is working again..

I it works OK for a while, your antenna is fine. I would inspect the cable carefully. But I think your best bet will be to replace the card.