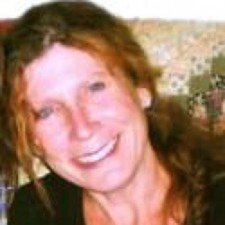 So, I replaced the Airport card in my MacBook Pro. While it works, the WiFi is very spotty on this device and SLOW (5mbps). The Internet speeds for all my other devices using Wifi is strong: 47 mbps - smartphones, iPads, MacMini, MacBook 13" Unibody 2009. I know the 2009 is vintage but I can't throw it in the landfill,

So here is my question: What do I replace now? I am completely baffled. (PS- All cables were just fine, no cuts, etc.)

Any help you can offer would be greatly appreciated!!

Thank you everyone for responding!

So after taking the MacBook Pro 2012 to Apple, and going through triage, they pronounced it with "no problems. " Once back to my Wifif, it crawled and I had the exact same scenario.

Router is new, tried restarts of all equipment, so the WiFi is not the issue. Next I called IFixit staff and after counsel, they recommended trying to swap out a new wifi card. So there is the background. If the cable can fix it, I say hallelujah.... I guess I can order it and give it a try and if that fails, I know I can return it. Any other diagnostic thoughts on this would be appreciated! I am slightly baffled by this case.

gonna order the cable and see if that fixes the situation. thanks all;-)

I finally got around to replacing the cable and I still had spotty wifi. The weird thing was that the calendar, date and time on the computer was backdated to 2014. It wouldn't allow me to change it but somehow, something finally clicked after shutting the computer down twice and trying again. Then the date self-corrected.

After that, I was able to get WiFi without any problem EXCEPT in the one area in my house where I needed it: (my office; go figure). But everywhere else, it worked seamlessly. The only thing I can figure is that something is blocking the WiFi for that computer in my office; As stated before all other products ( IMac, MackBook Pro 2009 (on which I am typing), MacMini, IPads and all smartphones) work fine with the WiFi. So, I think/hope thisMacBook Pro 2012 is fixed but I am stymied by the glitch in my office.

Any of you tech- experts care to weigh in on why I can't get Wifi in my office when all other products listed above work fine?

@ellyyogini - You made an interesting statement here "But as soon as the MacBook Pro got online, everything slowed from a previous 51 Mbps to about 6 Mbps download" It sounds like your MacBook Pro system is saturating the WiFi channel, which had me thinking. If you have something going on like a software update in process.

Install this app on your MacBook Pro: Network Speed Status it will allow you to see what your data flows are coming and leaving your system. If you are not doing anything on your system the data rate should be quite low. If you are seeing something going on double check your App Store Updates. If nothing is downloading then you may have a DoD bot sitting on your system which is why your network bandwidth is being taken up. You'll want to review what processes are running on your system using Activity Monitor. Click on the Network tap to see the top sender and then compare what your iMac has running assuming they are running the same OS version and apps by default.

I'm also wondering if you have a bad config on one of your systems or Router. Install this on your iMac from the Apps store: WiFi Explorer so you can see whats happing within the WiFi signals. You may want to do some alterations as I describe below.

Using 'WiFi Explorer' will allow you to see each of the bands your Router is offering out as well as your neighbors as well. You may want to alter the frequencies you are using so they are not on top of what your neighbors are using.

You might want to alter the Routers AP naming for the different bands. As an example if your router is called ACME then both the 2.4 & 5 GHz bands see it as the same AP name (ACME). Instead rename the radios by appending the band number to each so you would have ACME 2.4 & ACME 5. This will make isolation of issues easier and allow you to pick the best connection for the given device and its location.

You also want to make sure all of your systems are using a WPA/WPA 2 connection to your router and block the public open connection. That way your WiFi access is private and no one else is using your Internet access & bandwidth.

In any case I would still replace the cable so that is rules out. FYI: you can also download the apps to your other Mac system both can be useful both at home and on the road.

Thank you for your response: If the cable is not frayed (and was not upon examination when I replaced the airport card, do you think that will really fix it? I hate to keep throwing money into this if it isn't going to work correctly.

@ellyyogini Why did you replace the airport card? Can you test your old one?

Please tell us what was going on in the first place that you replaced the card.

@ellyyogini - The cable has been known to have issues even if it doesn't look damaged. I would start there.

@mayer - I suspect she thought her problems was do to a bad card which is why she tried replacing it first.