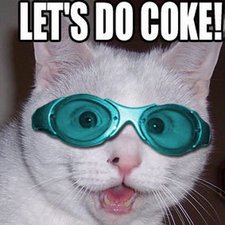 iMac shuts off at random

My 17inch iMac G5 will randomly power itself off.

At first i thought it was overheating, so i opened it up and cleaned all the fans and vents to make sure there was no excessive dust and that they all spun freely.

I put it back together, and i've noticed that sometimes i'll power it on and it'll shut itself off after 5 minutes, other times it'll allow me to capture a video from my camera, convert it, and then burn it to disk.

Sometimes it'll happy run for a few hours, or even a few days, other times it'll not last the aforementioned 5 minutes.

Because of the mass variance in uptime, i'm not convinced its a PSU problem. Because i was able to get it to work pretty hard with the video capture/encoding/burning, i'm not convinced its over heating. plus, after having laid eyes on the cooling components myself, and having given it a jolly good clean (not that it really needed it), i'm even more convinced its not an overheating issue.

I reset the PMU and PRAM after reading about it online, but it still occurs.

I'm at a loss, and not really willing to take it to someone to get charged an arm and a leg for an overly simplistic diagnosis of faulty power supply.

Actually, it is possible that the power supply is the problem. I have dealt with this before...if the PSU is giving bad power, be it from a faulty source, or due the the PSU itself being faulty, it can cause weird behavior and even damage the motherboard, causing further problems. If you can get the PSU tested, I suggest doing so. It's easy for PCs...not so sure about iMacs.

If this were a standard PC, I'd say go out to your local electronics store and pick up a tester or a cheap replacement PSU (about the same price either way), but I'm pretty sure it's not that simple with an iMac. A search on eBay shows PSUs going for $40 and up. Again, be careful when buying!

The more likely culprit as Bernie said is the logic board. If the capacitors are swollen or ruptured (it's pretty obvious), and if you're not all that great with a soldering iron, you might consider replacement. Searching eBay again, used logic boards seem to go for $70 and up, where the new ones are about $200+. If you ARE ok with soldering, then there are plenty of places to sell pre-made repair kits with all the capacitors you'll need. Google and eBay should give you PLENTY of options.

I honestly hope, for your sake, that it IS the PSU (or something simpler that I overlooked). Motherboard (logic board) issues are a pain...especially if it's not physically obvious that something's wrong. At least you have the guides here to step you through the hard parts of getting at the parts you're replacing!

I hope this helps!

Look at the capacitors carefully. If any are bloated, you've found the problem.

Have you tried to plug it in an other electrical circuit ?

The plug in your house could be faulty.

I recently moved to a new house and it still has the same problems.

Did you ever find out why it way shutting off? I am having the same issues with my 17"

Unfortunately, me also. The problem started after i installed RAM. I am suspecting bad RAM.