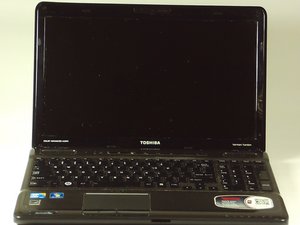 Why won't my screen display?

Since yesterday, whenever I go to turn on my computer, I can hear it starting up, but the screen stays black. I've tried turning it off and on again, and I don't know what to do. Is there something else I can try?

@skimmilk05 you may want to reconsider your spam vote on the above comment. @jimfixer is only pointing out that this is a student question so that we allow other students to answer this. There is no spam or offense involved. Follow the statement you've made on your about page "Unless you're deliberately trying to harm others with your ignorance. "

@skimmilk05 , @joshw , @bearl , @benjamen50 excuse me if I offended you with my comment . It was not my intent to belittle or offend anyone only inform that this was a student asking a fictitious question . This way others know to leave the question for the students to answer . I have asked on meta that some sort of notification be put on these questions so we would know to not answer them . Some students have actually started putting there school logo on their icon . Once again sorry did not mean to offend and have removed the comment

@jimfixer @skimmilk05 , @joshw , @bearl , @benjamen50 no way could this have been taken as spam/offensive and should never have been marked as such!

This may sound stupid but honestly I voted yes because you guys voted yes.

@oldturkey03 Sorry when I reread the comment misunderstood the poll.

If your computer is on and the display is black (not on), then you could have turned the display off by mistake. To turn the display back on hold the “Fn” key, and then press the “F5” key. Once you press both keys simultaneously, the display should turn back on.

If the process above does not fix the problem then the computer could be in “Projector Mode.” To convert it back to “Computer Only” mode, simply hold the “Fn” key then press the “F5” key. Then you will see the possible display modes, please select the “Computer Only” mode and your display should go back to normal.

Try checking out our troubleshooting guide for the Toshiba Satellite A665-S5170 if you have any more questions!

@drizzo does this hold true even after "turning it off and on again"? Would it remain in "Projector Mode" even after restarting?

@chelsea_teague before tearing anything apart, you would want to diagnose this a bit better. Start off by connecting an external monitor. Should that stay black as well you will know that you have issues with the GPU circuitry on the motherboard. Should an external monitor work, you know that it is your LCD. Disconnect the external monitor, restart your laptop. In a darkened room shine a flashlight at an angle against the screen. If you can see faint outlines of your desktop etc. you know that it is a backlight issues. Your model has a LED backlight so this could be related to the backlight driver on the motherboard. Schematics for Toshiba's are very difficult to come by, you may have to consider getting it repaired through a Toshiba service or replace the board.

If you see nothing, I'd replace the LCD. Here is a video that should help you with the task.

You may want to remove either the keyboard or the lower case to access the display signal connector. I can't say with confidence which one, but I'm going to guess lower case. Use a #0 Phillips screwdriver to remove the screws from the bottom of the laptop, keeping track of where each one goes and how long the individual screws. The display signal connector is a long, flat connector, and it often has a dull, woven wrap around the individual wires to protect them as it snakes into the display.

Again, I'm not sure if your laptop has a ZIF connector or a standard insertion force connector, so I'll detail both.

If you have a standard insertion force connector (almost like a block connector, except it's way smaller), then wiggle the connector loose; be careful not to separate the connector block from the wires as you're pulling. You shouldn't have to force it, but you'll need to apply some pressure to pull it out.