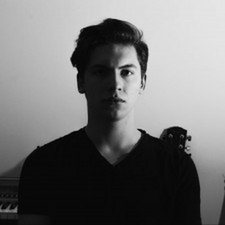 MacBook Pro is only charging with 0.1-6.2 Watts

As the title says, my MacBook is only charging with low wattage, there are two screenshots from coconutBattery attached.

It might have something to do with battery, as the computer was not used in almost a month. A service provider has tested every component and they said it is a faulty battery.

Have any of you had this problem? What did you do to fix it?

Apparently, the problem is within the logic board, the computer was dropped before and I guess some connections could have broken.

Did they try using a different mag-safe adapter?

Please note: this battery is difficult to replace and there is currently no guide. The battery cells are held in the upper case with strong adhesive. Use great care to avoid bending or puncturing the cells. Only use plastic tools when prying.

Here a link to a last resort if we can't figure it out:

Where to get service in Sweden:

First I would make sure the MagSafe chargers cord and connector are in good shape often charging problems are related to a damaged cord or connector. Do you have any cuts, bumps or exposed wires in the cord? If you do you'll want to throw the charger away and get a new one.

Next I would clean the contact surfaces of both the charger and the computer with a slightly dampened cotton swab (Q-Tip) with isopropyl alcohol making sure the contact surfaces where clean. Also inspect them for any damage to the pins and the contacts look shiny and the plastic not melted. If not you'll need to replace the adapter or DC-In board.

If these are both OK, I would then reset the SMC following this Apple T/N: Reset the System Management Controller (SMC) on your Mac.

I have tried everything you have mentioned and even though my charger is not in pristine condition, the service technicians said it was fine.

Then I would try a second battery. But, before you take your old one out just carefully plug in the new one making sure nothing sorts out. If that didn't change things then the charging logic is having problems on your main logic board.

And that is the problem, I live in Sweden so it is hard to get this specific battery, but I will look into it. Thanks once again :)

Here's one source thats near you: Retina MacBook Pro 15" Battery (Late 13/14). You'll need to check here: UPS Dangerous Goods Service Areas : Lithium Ion Batteries (Section II UN3480) to see if they can ship to you. You might have a friend in the area serviced, then meet up with them. Just remember you might need to return it.