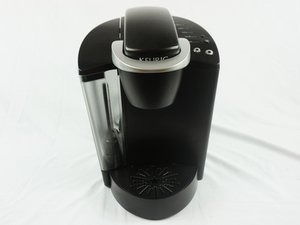 Coffee brewmaster released in 2013. The Keurig K40 is a k-cup compatible coffee maker. 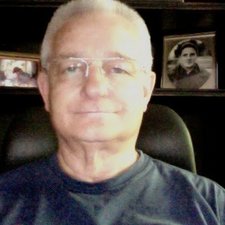 Dispenses less water than used to into drink

Get the amount of expresso when pressing button for largest cup

Your question needs work and a better explanation of your issue.

Problems with our K40 Keurig; 1. Machine was taking an far longer time to heat and dispense a cup 2. The amount dispensed was far less than should have been for which ever sized cup/mug button was pressed. 3. 4. While dispensing the flow of discharged coffee from the "funnel" had been neat single column in appearance, but had changed to a multi column discharge stream from funnel 5. The column also splattered the machine and sides of a very wide and tall 17 oz mug requiring the machine to be wiped down after each brewed cup.

I found the machine's manual on line and under trouble shooting it suggested descaling . I used Vinegar and descaled it after a thorough cleaning. During the cleaning I believe there may have been some coffee grounds in the "needle" that I blew the needle out by strong breath. While descaling I carefully monitored the ounces, via a measuring cup, dispensed each time and obtained the correct ounces each time for each sized cup button pressed (or slightly more).

This morning it brewed my cup in the normal time (unlike before) with the proper ounces for selected mug size and I noted that the stream of coffee emitted from the funnel was again a direct neat single column of coffee. Before descaling I was getting from 3 to 7 ounces instead of the 9.25 ounces when I attempted to brew a full sized mug, it took far longer to brew the cup and just didn't sound normal while the column of coffee dispensed tended to spray out of the funnel splattering the machine and sides of a very large mug.

It appears a through cleaning, carefully following the manual's instructions and descaling (Descaling Light had never come on, so I had not descaled the machine in the 8 months we've had it) the machine has cured/corrected all problems.

DID THE PAPER CLIP AND DID GET A BLOCKAGE OUT. Had it working great but now is once again putting out reduced amount of water. Have to run two cycles to get full cup of coffee using largest button. Also machine is making noise as if pump is struggling to pump water into heating boiler. I think this is just about a dead puppy!

have you run Vinegar and water 50/50 thru the maker yet?

I took the machine a part and cleaned every orifice, Checked the check valve, cleaned all the crevices and still having the same problem. It dispenses random water amount. Yes, it looks like the pump is the issue. It seams to me the pump is programed for the time in which the pump can not supply enough water for given time.

Mine is doing the same thing - Random water amount.

But I don’t think it’s the pump - because it’s able to pump large amounts of water...

Wouldn’t the pump simply not work if it was bad?

The length of time programming you suggest makes me think there is some kind of computer logic board or relay that has gone bad....

you could have a clog in the tip needle where the coffee goes check that first..

try unfolding a paperclip and stick it in to the needle then try it again. you may need to dig a little if there is a lot in there