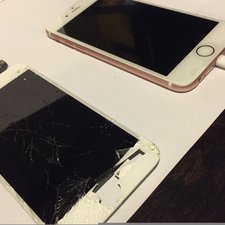 I recently got a request to fix an iPad Air, the clients bag was damp and he put his iPad in it and the whole thing basically broke down.

Still after those this it the problem I ran into

4)bottom half of screen still no longer responsive

What the !&&* is happening. This isn't anything like an iPhone repair.!?!?

i tried this, but i still cant use the home button nor the bottom half of my screen

If even after grounding you cannot use it, it sounds like a defective digitizer.

The scary part of the issue is the damp bag.

On most devices the simple answer is to try a new digitizer. But the digitizers for Air 2s are still really expensive. If its not the digitzer, its probably water damage on the board, which is a near death sentence. So...you can try a new $200 digitizer and see if that fixes it or you can inspect for water damage and risk going down a rabbit hole.

I don't know which option I would pick first....