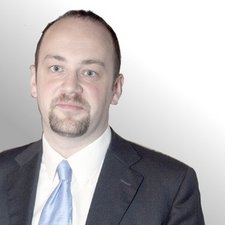 Cable replaced. Everything ok, but no screen. What could be the cause?

Does anybody have any suggestions on what to try next?

Does the logic board go into some kind of lockdown mode when replacing the cable?

Are there more than 3 connecting flat cables + ground connection between the panel and the main logic board?

Although there is no reason to assume it has been, how do I test the LCD panel to still function given all these flat cable connectors?

Note: There are no Apple Stores here. Apple Authorised Service providers are no help. They suggested replacing the cable and the panel at a cost that is nearly the same as buying a new screen.

Some of the cables that connect the LCD panel to the main logic board, are very short. Be careful when lifting the LCD panel up, as you will pull cables away with force once you lift it more than a 2-3 inches on the camera module side.

The shortest cable of all is the LVDS cable. A short cable with a gold-plated connector. Although I had reconnected this cable on the logic board side, I had incorrectly assumed the other end of the cable had remained connected due to all the tape used on. Somebody with experience fixing these things said its common for this cable to come undone by force, and to be sure to check both ends of the cable. When I peeled back the tape, I found it had indeed been disconnected. Plugging it back in, fiddling with the tiny working space to get the logic board side of that cable properly secured again, and we were back in business.

Apple Authorised Service Providers here in Bangkok quoted me $200 to replace the cable. I ordered the replacement Thunderbolt Display cable off AliExpress for $12.50. It was really straight forward to replace the cable, just keep an eye out for that darn LVDS cable when opening up the screen!

Do all the cables need to be plugged in in order to get any kind of response from the screen? Or Can I just plug in a power cable and have some kind of picture displayed? After opening and closing, I have reseated the LVDS cable from both ends, no picture but when plugged into a macbook pro the power adapter cable LED lights up showing it is plugged in.

@robdejonge you are a LIFESAVER. I just replaced the cable on my TB display, and to my horror, everything but the screen was working – power to my MacBook, USB ports on the back of the display, speakers on the display, all fine, but no picture.

I double and triple checked all the motherboard connectors were secure. I even undid everything and went back to using the old cable – and still no picture. And then I thought "Somebody must have encountered this problem before on the iFixit forums", and lo and behold, you point out the now blindingly obvious. There’s a connector behind that tape! THANK YOU!

I peeled back the tape where that ridiculously short LVDS cable meets the display, made sure the connector was properly seated, taped it back up again, and BOOM. Pictures on the screen. Why they couldn’t have given a bit more slack on that cable, or more sturdy connectors, I’ll never know. But at least I can be thankful that I found this post before throwing the display out of the window.

@zarino Oh wow! I had exactly the same problem; even bought a new power and TB y-cable but nothing: everything worked except the screen itself (also didn't appear in Monitors). Reseating the lvds flat cable and lo and behold: it works. Perfectly. Bedankt, @robdejonge !