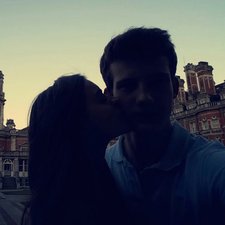 I read somewhere that after phones have been fixed for water damaged, they usually just stop working a few weeks after the repair due to the gradual process of water damage?

Also if I get a water damaged phone to work again by replacing the battery, should I expect it to stop working in a few weeks time?

Does anyone have any experience?

Water damage phones is like a box full of surprises. you never know whats gonna happen to it in the future,

That is why most shops dont do warrantys for water damaged phones.

Ive repair some water damaged devices and most of them dosent have any problems. buta couple did come back with other problems.

If the repair and cleaning is done correctly. then the chances of it stop working is slim.

Thanks Bing! So do you think, if all I need to do is replace the battery, do you think I should also clean the motherboard with isopropanol too, despite the phone working anyway?

I would change the battery yes.

Well, i dont know when the water damaged happened. if your talking about recently or just now then yes i would prob clean it with isopropanol. but if its a long time ago and the phone is still working then nah. i would prob leave it as it is.

With a thorough, comprehensive diagnostic and repair of anything affected, phones typically remain stable into the future. The two problems that arise when a phone suffers trauma include:

- Damage invisible to the naked eye.

- Partial damage, but full functionality, which later degrades into damage after weeks of normal use.

If you address the repairs as the failure symptoms as they show themselves, then yeah, there will likely be return-visits into the phone. One week your battery stinks, so you fix it; one month later, camera freezes, address that; another month, Wi-fi cuts and and restores intermittently. So-on, and so-on.

Will it happen for sure? who knows? It's part of gamble. But it's still way cheaper than a new Smartphone. :)

If the shields are not removed from the device, its a bit like washing your car with your eyes closed. The shields require an experienced board level tech to remove. If that step is skipped, the chances of it having further issues are very high.

On top of this, alcohol doesn't dissolve organic matter, it tends to just move it around if you are lucky.

There's a link on my profile to finding a board level tech. I definitely wouldn't be selling the device as fully functional without at least having the shields removed and the board cleaned properly in an ultrasonic cleaner with appropriate solution.