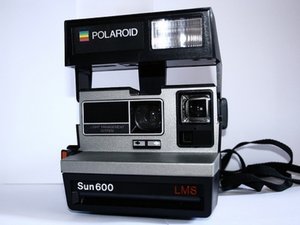 How do I install batteries?

How do I install the batteries in my Polaroid Sun 600?

I'm not shure, but weren't the batteries in the filmpacks on Polaroids?

Correct--the batteries are in the film packs. +

You don't need to install batteries for Polaroid 600 series cameras. These cameras use Integral film packs which has an inbuilt battery inside the pack. basically camera is powered by the film pack. This is why you shouldn't buy old expired Polaroid film packs. There is a good chance you end up with a pack which has dead battery. Only use Impossible Project 600 packs which are in production.

So you shouldn't have a Polaroid 600 battery problem. These Impossible Project film has very powerful battery they even ask you to return those once you used the pack.

They are in the filmpacks underneath the film