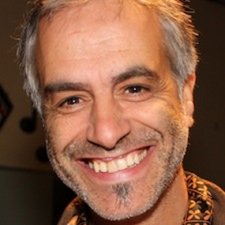 WEP, WPA and WPA2 network not accesible on a G3 clamshell?

I have an ibook clamshell 466mhz with an ethernet card inside ( not an extreme one).

If the network is not protected by a password, I can use it. OTOH, if I need to enter a uname/password combination it does not see the airport base but it works with a G4 with an extreme card and with a MBP.

Is there any issue btwn original airport acrd and protected networks ?

Any help would be helpful.

What OS are you using? The issue is software, not hardware, and the fact that earlier versions of OSX and the related Airport utilities aren't able to deal with modern encryption protocols. If you have a 366MHZ or 466MHZ clamshell, then most likely it's a model compatible with Tiger 10.4. Upgrade to Tiger, and your problem will be solved. Basically, if your machine has a Firewire port, it's capable of being upgraded to Tiger, and if it doesn't, it isn't.

I haven't worked with clamshells in a few months so my knowledge is rusty, but I believe you can also use Panther 10.3 with PWA Personal as long as you update it to the most current version of the Airport utility. Panther (from what I remember) may not have a "Software Update", so it's a matter of seeking out the most current version from the Apple site that is compatible with Panther, downloading it, and installing it, which can be frustrating. Again, though -- you have a capable machine, so get Tiger and you're all set. Having Tiger will also let you use a plethora of software that won't work on earlier versions of the OS, so it's worth it for that reason as well.

Also, what router and what version of the router do you have? Many modern routers are now set by default to WPA2, which won't work with the standard Airport card at all (although it will work on an Extreme). If you do have Tiger 10.4 running, the solution may be to go into your router and change the encryption from WPA2 to WPA Personal.

As Deb mentions, you may be able to get away with using WEP, but WEP is very obsolete at this point and can easily be cracked, so I wouldn't recommend reducing your security to that level.

My iBook clamshells see our wireless N+ Belkin router with a WEP 128 just fine. I know when I set them up in the beginning I told the ibooks not to set up network, I would do this later. Then enabled airport cards and selected the WEP 128 and put in password. They just took right off and did there updates. Hope this helps a little.

That is true about the WEP being less secure, but I was informed that WPA and WPA2 take a hacker all of about an extra minute or 2 to get into. Nothing seems to be that secure any more from a hacker that really wants in to your computer. Except maybe a really good firewall.

I'm not putting any real personal stuff on my old Clamshells. I just use them for basic web surfing for fun. They are just really cool.