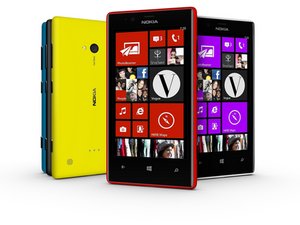 The Nokia Lumia 720 is a Windows Phone 8 device manufactured by Nokia. It was released in April 2013.

1. automatically all applications are getting closed, start screen appears

2. Start screen then minimizes ( similar to the way if we have pressed and hold the back button),

3. Start screen then maximizes and after that 'bing' opens up automatically.

In all the above steps, phone also vibrates.

Hey, I am facing the exactly same problem. Did you find the reason behind this abnormal behaviour. Is there a way to fix it without replacing the display + touch module. I say this because genuine Lumia displays are no longer available.

Well, it seems that it will require another "Albert Einstein" to identify the root cause behind this problem. I have seen many people suffering from this problem and asking for help at so many places but there hasn't been a SINGLE useful reply anywhere till date. It's like no body has any idea why is this thing happening except the design engineers at Nokia/Microsoft but they won't reveal the answer for some mysterious reason.

My guess is that either the cable coming out capacitive buttons comes in contact with the cable coming out of display. Hence, it starts to behave abruptly as soon we switch on the display but stops when display is turned off. This can happen if we drop the phone on the ground many times. But again, this is only a guess because I don't have the equipment to actually test it out.

Another probable cause can be the speaker magnet placed right beneath the back button. It may happen that it's magnetic field is interfering with the capacitance of the capacitive buttons.

Whatever it is, it is an interesting problem and I would want someone with right tools to come up with a solution. Come on ifixit, FIX this.