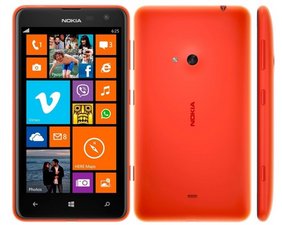 Nokia lumia 625 dead after digitizer and side key replacement

My lumia 625 digitizer and power button got broken. I gave it in a local service centre. He replaced the digitizer and just the switches of Power and Volume (-) and not the entire side flex. The phone worked fine for 2 - 3 days. Then it suddenly developed problem in the proximity sensor and the behaviour of the sensor got erratic. Sometimes it worked and sometimes it didn't. On the 5th day I forgot to charge the phone after office hours and the battery got drained out during the night. It never started again when I put in on the charger. I went back to the same service centre and he checked the battery and other points on the mother board with Volt meter where I saw that every point he touched, the arm of the voltmeter moved. He then told me the battery is OK and told me to keep the phone with him, for him to find the exact problem which I denied as I thought he is taking me for a ride. Now I have sent it to Microsoft authorised service centre and they are also unable to detect the exact cause and have asked for it to be sent to Microsoft repair centre. They have given me an estimate for Mother board problem as a whole which the Microsoft repair centre would decide, and side flex replacement which the authorised service centre would do. Can someone shed any light regarding the problem and guide regarding what step should be taken.