I've only tried the flat head screwdriver method at this point but realized it wasn't a solder point. Yes, I'm an idiot =P 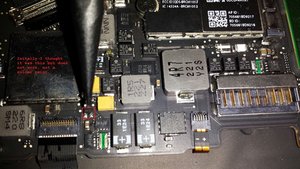 Here's a photo of the board and I just marked locations where I think it might be located based on what I've read. 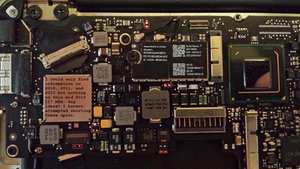 I figure if powers on then I will replace the keyboard but if it doesnt then it would also involve the logicboard in which case I wouldn't bother fixing it.

Asahi, here you go. Do not bridge any of the other contacts you marked. 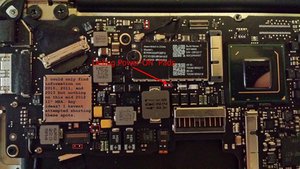 You are FANTASTIC! do you know where the serial number for this board might be?

Diego V not sure what you mean by serial number

See Power button does not work. - your case is similar. Use care shorting random pads on the logic board, you can kill it.