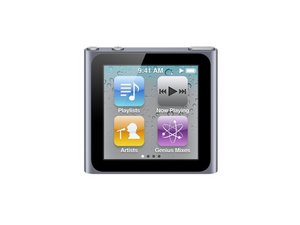 Where is the backlight located?

In the questions/answers some posts indicate that the backlight is part of the display/touchscreen assembly, while others indicate that it is located on the logic board.

My son washed his nano in the pocket of his jeans like so many others have. After drying it in a low temp oven it works fine except that the backlight is out. You can still see the screen if you hold it under a bright light.

I don't need a new screen, unless that is the only way to get a new backlight. I don't see any mention of backlight in either the repair manual or the parts page for the display module. Can anyone confirm if the backlight is part of the display assembly or the logic board (or something else) in the ipod nano 6th generation?

ifixit, it would be great if you could update the repair manual to include this info. I see that others have the same question/problem.

Steve Ravet, the backlight consist of more than one part. Consider this simplified analogy. The Backlight (lightbulb) is in the screen assembly, the light switch is a coil on the logic board and the power supply, backlight IC is on the logic board as well. I've found that I have had logic board issue with 90% of the water damaged Nano's, but since there is not a whole lot of information about the Nano's circuitry, I would start with the display first, since it is cheaper and easier, but not easy. Of course, you also want to make sure that you clean all the parts properly with isopropyl alcohol, and do not forget to clean all the connectors and cable ends to make sure that you are not running into any corrosion issues

I thought it was LED backlight, but it sounds like you're describing EL instead?

when I plug in my laptop to charge it,the screen becomes bright when I unplug it after its charged,it get darker,please help