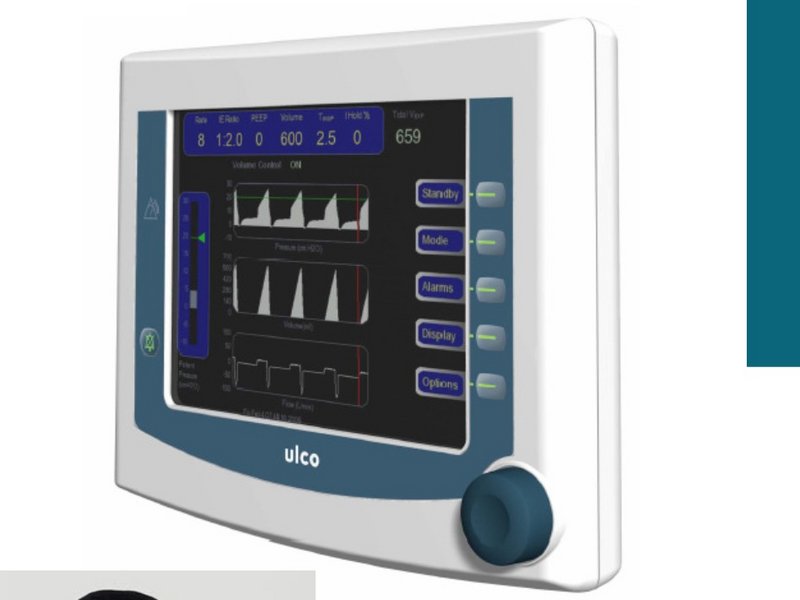 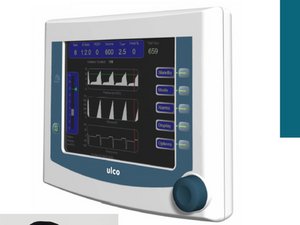 The Ulco Integrus PSV Ventilator can be identified by the name “Ulco” printed in lowercase letters at the bottom center of the machine’s display.

The Ulco Integrus PSV Ventilator can be identified by the name “Ulco” printed in lowercase letters at the bottom center of the machine’s display. Depending on the model, the ventilator may also include shelves and drawers in addition to an array of dials that monitor the patient’s vital signs. The Ulco Integrus PSV was first released in 2005.

A ventilator is a machine that provides mechanical ventilation by moving breathable air into and out of a patient’s lungs. Ventilators deliver breaths to patients who are physically unable to breathe. Modern ventilators are controlled by computerized microprocessors, but the word “ventilator” often refers to a hand-operated bag-valve mask. Ventilators are mainly used in intensive care medicine, home care, emergency medicine (as standalone units), and anesthesiology (as part of an anesthesia machine).

Ventilators are often called “respirators,” though modern hospital and medical terminology uses the term “respirator” to refer to a protective face mask. A modern positive-pressure ventilator includes a compressible air reservoir or turbine, air and oxygen supplies, a set of valves and tubes, and a reusable or disposable “patient circuit.” In most cases, an air/oxygen mixture is delivered to the patient through an air reservoir that is pneumatically compressed several times each minute. If the ventilator uses a turbine, the turbine pushes air through the ventilator and a flow valve adjusts the pressure to meet patient-specific requirements. When pressure is released, the patient will exhale passively because of the lungs’ elasticity. The exhaled air is generally released through a one-way valve within the patient circuit (called the patient manifold).