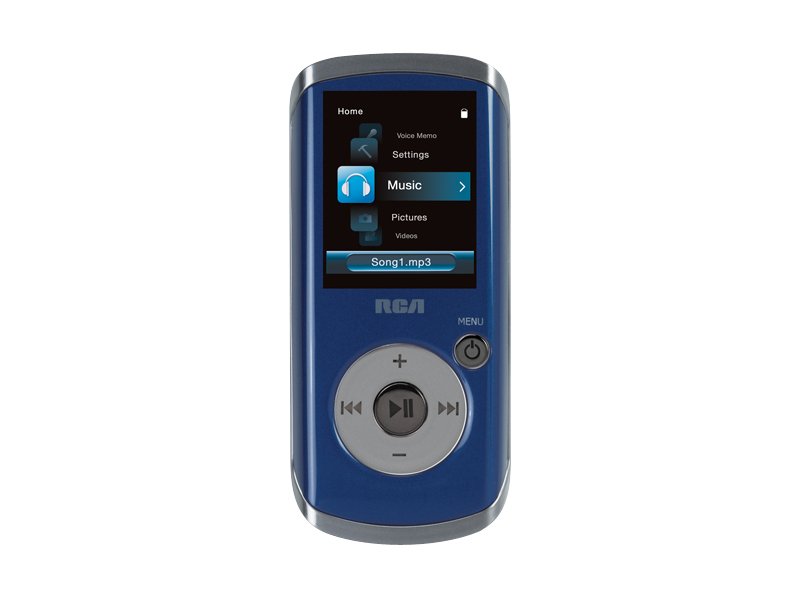 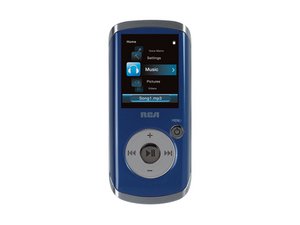 The RCA Corporation was a major American electronics company founded in 1919 as the Radio Corporation of America. RCA was a prominent electronics corporation in the United States for several decades, from the 1920s to the 1980s. After the corporation was acquired by General Electric in 1986, RCA became a brand name only, owned by Sony and Technicolor and licensed to other companies for certain products.

The RCA Opal can store up to 1200 songs or seven hours of video with its 4 GB flash memory and built-in lithium rechargeable battery. It can play open MP3 and WMA audio files and is also compatible with iTunes Plus and Amazon MP3. This model features an FM tuner, Voice Recording, and a 1.8-inch full-color LCD. Users can also view JPEG photo files individually or as a slide show.