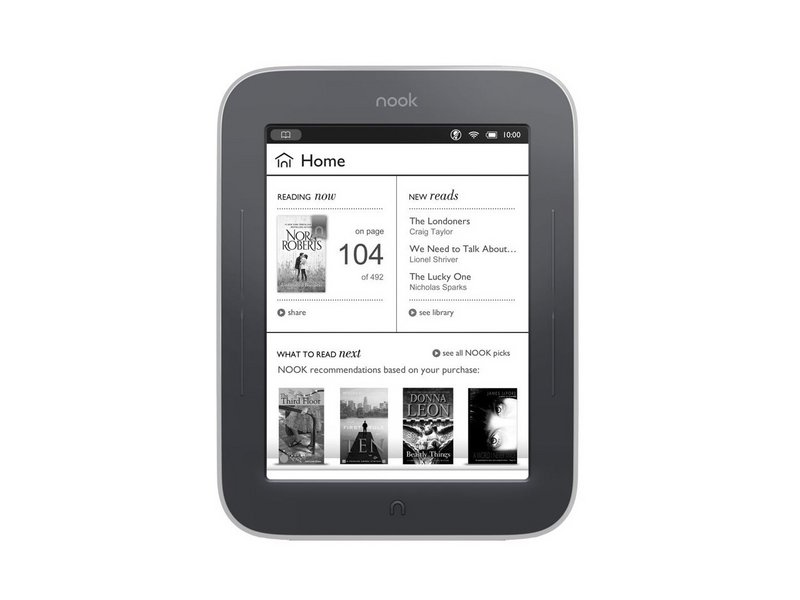 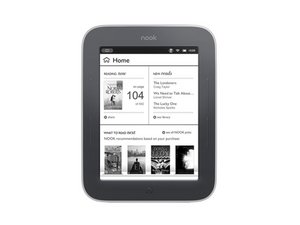 Released May 1, 2012. The first backlit eReader tablet emits a soft backlight for improved night reading. The device is simple to open up, but the components are all connected. 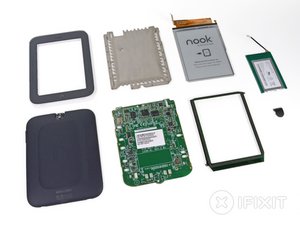 The Nook Simple Touch with GlowLight was released on May 1, 2012. It is the second iteration of the Nook Simple Touch (shortened to Nook Touch) released in June of 2011. Sporting most of the same specs, a 600x800 pixel display, 800 MHz TI processor, and 2 GB internal memory, the GlowLight version of the Touch is the same as the Nook Touch with the addition of a backlight.

The backlight brings about many upsides (reading without a reading light, etc.) with only the minor drawback of a shortened battery life (estimated at 1 month of usage compared to the 2 months of the original Nook Touch).

Battery: 1 month with GlowLight on; two months off