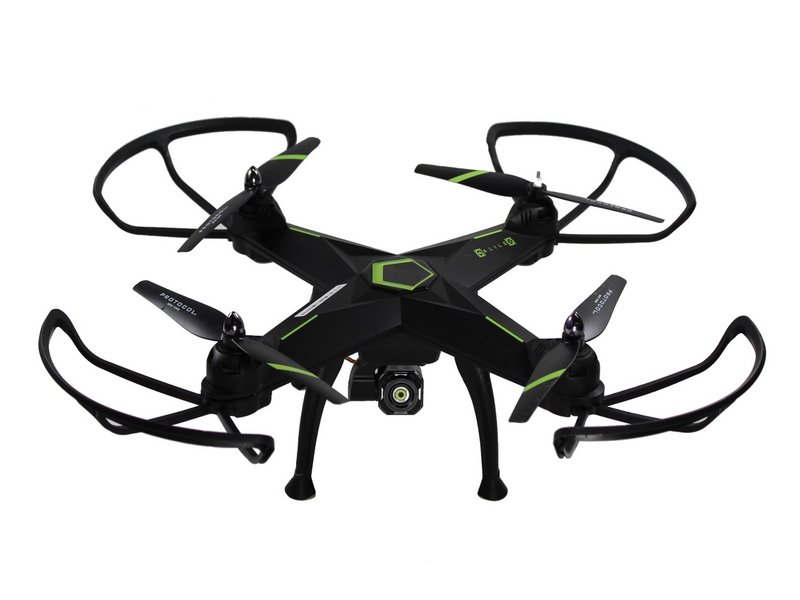 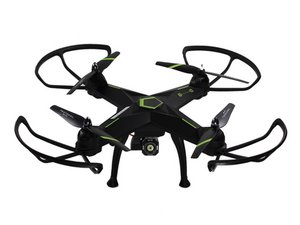 The Protocol Galileo Stealth is a quad-copter drone released in 2016. It features multi-directional controls, a 2 megapixel 1280x720 camera, and HD Wi-Fi livestreaming.

Device Not Powering On

"The drone does not power on when you flip the On/Off switch."

Battery Is Not Plugged In

Open the battery door on the drone and pull out the battery. Next, make sure you reconnect the battery cable with the cable coming from the inside of the drone. After connecting the wires, gently place the battery back inside the drone’s battery compartment.

Battery Is Not Charged

If the device is not turning on after setting the drones On/Off switch to the "On" position and a secure connection is made between the battery and the drone, a drained battery could be the issue. To fix this issue, open the battery door in the drone:

Drone Does Not Hover or Strafe Correctly

"The drone will not hover or strafe correctly"

Device Is Not Properly Synchronized

Reset the trim buttons on the controller and re-trim flight controls.

Pinion Gear Has Come Off

The motor is spinning, but not the propeller, you will have to verify the pinion gear is in place.

Motor Needs To Be Replaced

The pinion gear is in place and the propeller still isn’t spinning, the next you will have to do, is to replace the motor.

Controller Batteries Need to be Replaced

Another possibility if your device is not responding correctly could be that the batteries inside the remote control are out of power. If you turn the remote on and there is not any visual indication, try replacing the batteries. The batteries are located on the back of the remote and consist of 6 AA batteries.

Drone Does Not Charge

"The battery is plugged in, but it will not charge "

Battery Plug Needs to be Replaced

If the battery is tightly secured to the charger and the battery still isn’t charging, the next course of action is to replace the plug on either the battery, the charger, or both.

I bought my protocol stealth drone on line only problem it doesn't have a controller to go with it . my question is can i use any Bluetooth controller to ooperate it ? If not can i order one separate ?