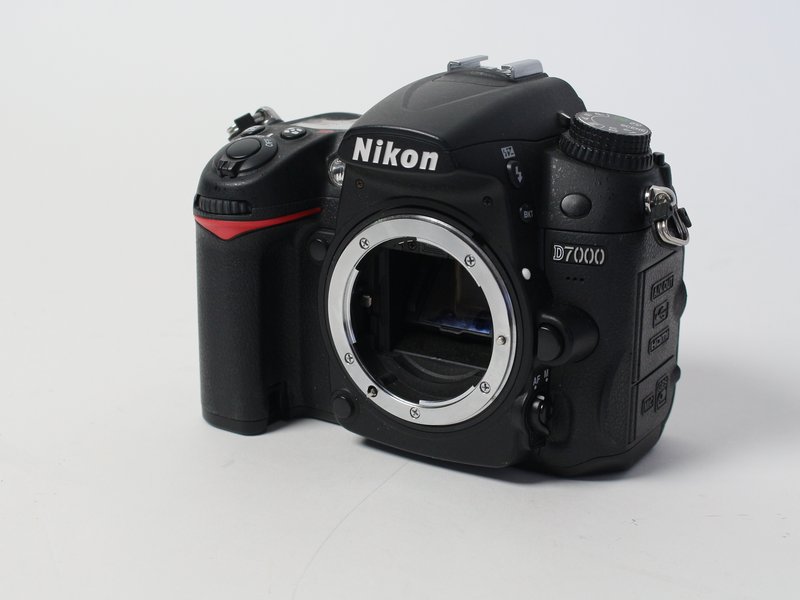 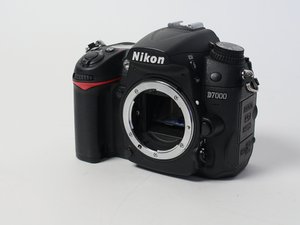 The power switch is on, but nothing appears on screen and the camera doesn't respond.

Check to make sure the battery is in the device and is charged. It could also be a defective battery. Try reinserting the battery.

Check the top LCD for a response. If the top screen is functional, it’s an issue with the rear LCD.

Try restoring the camera to its default settings by holding the QUAL and +/- buttons together for more than 2 seconds.

Sometimes a defective lens can prevent the camera from turning on. Try switching to a different lens.

The power switch is off, but I can still take pictures

Occasionally a software issue can cause this problem. Remove the battery and leave it out for 12 hours. Put the battery back in and see if the issue is solved.

If the camera still will not turn off, then try testing out new SD cards as a faulty card can cause problems.

If you’ve eliminated a software glitch, most likely the culprit is the switch. Replacing the switch is a good next step.

The camera achieves focus lock, but the resulting image is blurry.

Sometimes the body itself is out of adjustment. This is a common problem on the D7000. You may need to return the camera to Nikon or take it to a repair shop to get the body focus adjusted.

Viewfinder Out of Focus

My images are turning out clear, but the viewfinder appears out of focus.

I have the flash enabled, but there is no flash when I take a picture.

Check if the flash pops up manually by hitting the flash button on the left side .If the flash does pop up, then it is an issue with the settings you are using.

If it appears that the flash is not popping up all the way, gently pull it up as the mechanism could be sticky.

Flash Bulb is Burnt Out

If the flash is popped up but still doesn't fire, the flash unit may be defective.

My flash flashes but does not appear on the picture. No matter which settings. Front, rear, slow sync, plusorminus. Seems like the Synchronisation with the shutter does not work. External flash works perfect. Any ideas for me - except letting the whole electronic replaced?

The clock on the on the D7000 returns to a faulty setting, after the camera is used for a day or so, The camera date then needs re setting. The camera seems to be working peprfectly well otherwise. What is the cause and how can I fix this clock problem

Camera won’t take a picture. The control panel says FULL. I think I may have hit the bkt button as I heard a continuous clicking. I’ve tried the 2 button reset. Help!!