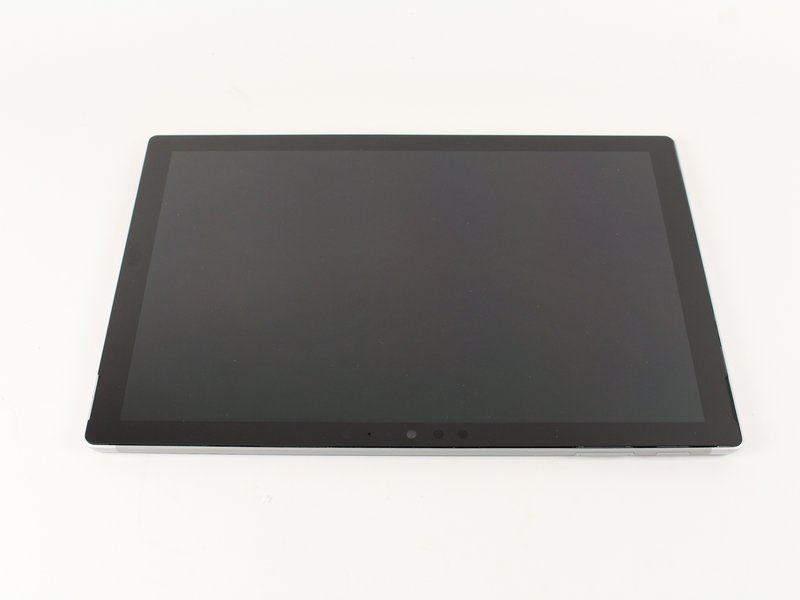 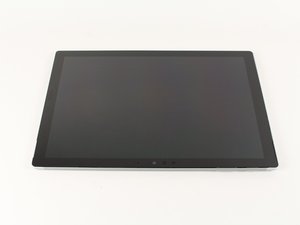 Surface Pro 5 Does Not Respond When Power Button is Pressed

You press the power button but there is no indication by the screen or lights that the device has turned on.

Plug in the charger and verify that the device is charging by looking for a battery symbol appearing on the screen. If the device is not charging, the battery or charger may need to be replaced.

There is no light on the end of the charger when it is plugged into an outlet. This means the charger may need to be replaced.

Charging Port is not Working

When you press the button, nothing happens. However, when you plug in the charger the screen indicates it is charging. The power button will need to be fixed or replaced. Follow this guide to replace the power button assembly:

When you press the power button or plug in the charger, nothing happens. Even after charging the batteries with a working charger, the batteries don't hold the charge for long or at all. This means the battery needs to be replaced.

You have poor quality sound coming from the speakers or the sound is cutting out.

There is dirt in the slots on either side of the screen where the speakers are. Use compressed air to clean out this dirt to get better sound.

The speaker is broken and needs to be replaced. To replace either your left or right speaker, follow the corresponding guide below:

Screen Is Not Responding to Touch

You touch the screen to unlock the device but it does not respond.

The screen is shattered and the LCD is broken. The screen will need to be replaced. Follow this guide to replace your screen:

Part of the screen is discolored and it may work off and on. The ribbon cable may be broken. Your screen ribbon cable will need to be replaced.

You take a picture with the camera, but the image is distorted or shows a scratch.

The lens on the camera is scratched or damaged will need to be replaced. Follow this guide to replace either the front or rear facing camera:

You press the power button and you get an error on the screen before seeing the windows unlock screen.

The device is charged and will turn on, but when it's turned on, the operating system won't load, displays a black or blue screen or there is an error message. These all indicate potential problems with integrated motherboard components such as the processor, RAM, or Solid State Drive. All of these components require replacement of the motherboard. To replace the motherboard follow this guide:

The device is charged and won`t turn on ,Stuck in the Windows logo and disappears

I have the same problem to with my surface 5gen

Same here, did anyone find a fix? Replace motherboard as suggested above?

How did you fix this problem?

Charger says it is charging, but screen shows nothing