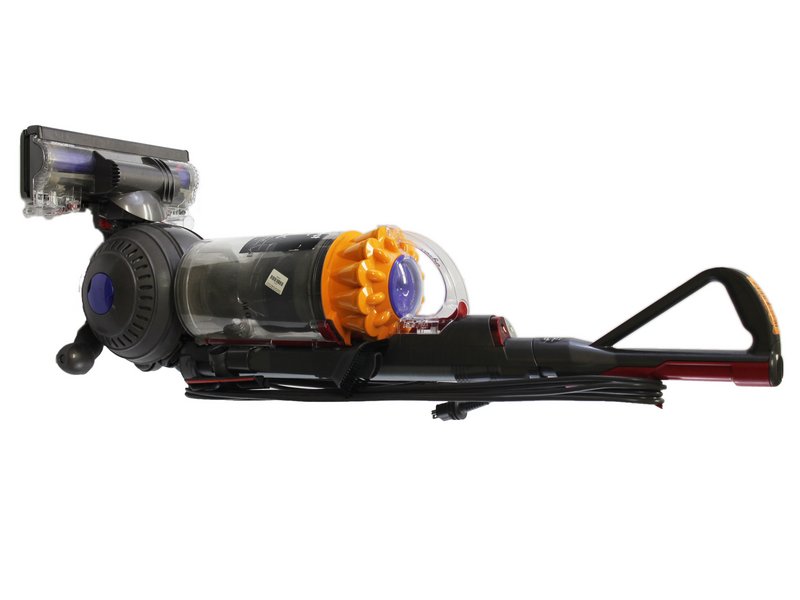 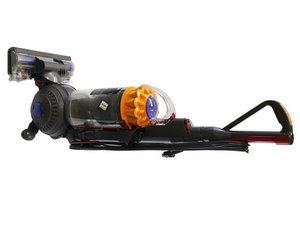 This is a troubleshooting page for a Dyson Ball Multi Floor Upright. Please check that this is your model before following the advice on this page.

The vacuum is not picking up dirt and debris as well as it previously was.

Check the Base for Blockages

Remove the clear bin and lift up the inspection port cover. Clear blockages if needed. Lay machine down on front and take off the red internal hose collar. Inspect the internal hose for blockages and remove them as needed.

Check the Brushbar for Blockages

Hair and other types of debris can get caught in the brushbar and weaken the suction of the device. Flip the device, remove the red C clip and the soleplate, and clear any stuck debris.

Check the Channel for Blockages

With the soleplate still off, check the opening of the vacuum for any blockages or stuck items and remove them if found.

Check the Hose for Blockages

The machine cuts out during use and turns off on its own.

Most Dyson vacuums have a built in safety system that stops the machine if it begins to overheat. Check your filter to determine if it needs washing or to see if the machine is blocked.

If the vacuum is turning off on its own, unplug it and leave it to cool down for at least an hour. Check the filter and look for blockages before restarting it.

Brushbar is not Rotating

Brushbar will not rotate and could potentially be blocked.

Remove and Clear the Soleplate

Refit the Soleplate That Was Just Removed

The locking mechanism is too weak to hold the vacuum upright.

Turn the power off on the machine and make sure it is not plugged in. Then tilt the machine backward to a 45 degree angle.

Hold the section under the airway inspection pipe on the right side of the vacuum. The black forward lock button must be held down simultaneously, otherwise the valve carriage will not move. Pivot this section upwards until it clicks into place. Release the black button once the valve pipe carriage is moved up into place.

Tilt the vacuum forward and the cleaner head should now slide underneath the part you have just clicked into place. The machine should now stand upright.

Vacuum Will Not Turn On

Check the cord to see if it is frayed at the plug end or in the machine. If so, that could easily be the problem since this could cause the vacuum to have trouble turning on. To fix this problem, replace the cord. When doing this, make sure the correct wires are attached to the correct terminals before plugging the vacuum cleaner back in and switching it on.

In my older version, the clip is gray and at the base of the vacuum floor brush. It removes the same way, though.

I was taking apart the vacuume to fix it and I have one part I don't know how to put back on. I think it has something to do with the hose that goes from the floor head to the canister. Now I have no suctionn from the floor only the hose. Inspecting more the hose right above the red clip (behind the grey piece the red clip screws onto) this hose toglels up& down from floor head hose to extension hose both ending @ canistet. My problem - the hose won't move on its own. Where does this missing piece go?

I took apart my dyson 40 & have a piece left over. Looks like a sewing machine foot & a screw holds it in. Now my Dyson won't pick up, no sucktion. I think the hose in the back that sends the diet to the canister, toggling from floor to hide is affected. Ok one screw left and this hook/foot thing?