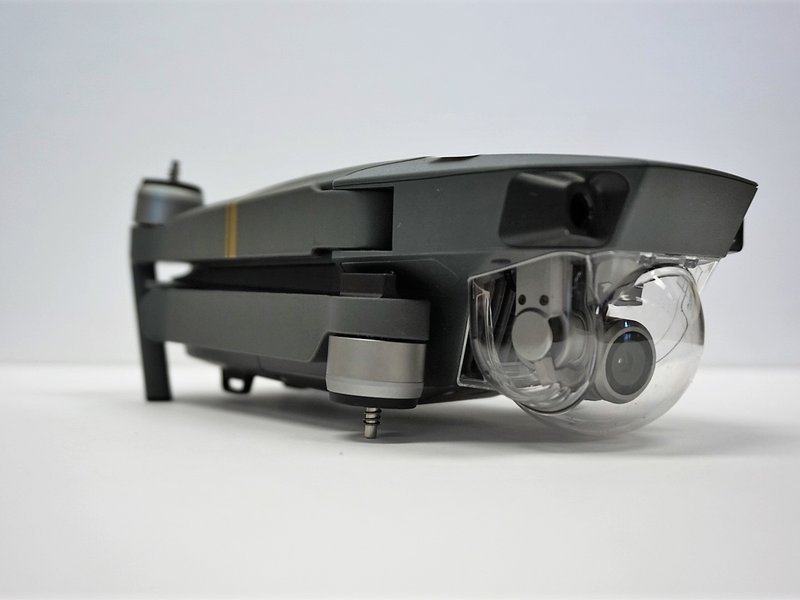 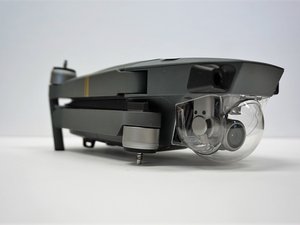 How to fix commonly experienced issues with the original DJI Mavic Pro, released in 2016.

The Device Will Not Turn On

Your drone does not show signs of powering on.

The Drone Battery Is Faulty

The battery pack of the aircraft should have four lit green LED lights when it is turned on and fully charged. Ensure that the drone is charged for at least one hour. If the aircraft still does not turn on after charging its battery, the battery may need to be replaced with a new one. You can replace the battery by following this battery replacement guide.

The Remote Controller Will Not Turn On

Turning on the controller is a common issue for users. Try firmly pushing the power button once and release. Then, quickly press power again and hold the button for about three to four seconds until the controller turns on.

Your remote controller disconnects during flight.

The disconnection issue could be with the smartphone's connection with the DJI Go 4 app. First, check whether you are logged into your DJI account in the Go 4 app. Make sure that your smartphone or tablet has notifications from other apps turned off to ensure that the smartphone is running optimally. The connection can easily be dropped if too heavy a load is placed on the phone processor.

The Micro USB Cable Is Broken

The Ports Are Damaged

Over time, the port to your smartphone may have become damaged from plugging in cables. Try using a different smartphone or tablet.

The Micro SD Card Is Faulty

Many Mavic Pro users remove their micro SD card from the drone and plug the card into an SD card reader on a computer. Frequent use of an SD card can wear out its connection, and using an SD card improperly can corrupt its file system. If your SD card is corrupted, try reformatting it. If it is worn out or unable to be formatted, replace it.

The Signal Is Weak

As the distance increases between you and your drone, the chance of the Mavic Pro disconnecting from the DJI Go 4 app or remote controller increases.

If the disconnection issues continue and other solutions fail, be sure to update the Mavic Pro firmware.

The GPS Will Not Connect

Your drone's GPS will not connect automatically.

The Firmware Is Outdated

Be sure to update the Mavic Pro firmware to fix possible GPS connection problems.

If the DJI Mavic Pro's IMU (inertial measurement unit) isn't calibrated the GPS signal may be faulty. To calibrate follow these steps

The GPS issue might not physically be a problem with the drone itself. There are many signals the drone is outputting and receiving, so obstacles like buildings, waterfalls, power lines, and metal objects can cause GPS signal loss. Try moving to a new location that avoids anything that might cause interference.

The Drone Will Not Fly Properly

Your DJI Mavic Pro is spinning or wandering.

The issue might not physically be a problem with the drone. There are many signals the drone is outputting and receiving, so obstacles like buildings, waterfalls, power lines, and anything metal can cause some interference with the signals, so the drone would spin. Try moving to a new location that avoids anything that might cause interference.

The controller stick and the drone compass could be causing a problem with the way the drone flies. The stick and compass are parts of the drone that need to be calibrated every once in awhile so the drone performs its best. To calibrate the compass, go to the DJI GO 4 app on your phone, select “aircraft status bar”, “compass”, “calibrate”. Then follow the rest of the instructions on the app. To calibrate the controller sticks, go to the DJI GO 4 app, select “general setting” then select the icon that looks like a controller, select “remote controller calibration”. The app guides you through the rest of the instructions.

The Parts Are Damaged

As you use your drone, parts might start to wear down, such as the motors or propellers. If the drone is spinning in small circles, it is likely that the propellers or the motors are causing the issue. Depending on over usage or if any crashes occurred, it is possible that the propellers are dulled out, bent, or broken. It is also possible that the motor bearings are damaged or the shaft is bent. If this is the case, these parts need to be replaced.

The Flight Controller Is Broken

The Video Is Unstable

The Camera Panning Is Too Fast

The Mavic Pro has camera limitations to keep in mind while recording video, such as frame rate and video definition. Beginners should consider recording in cinematic mode to slow down drone movements and camera panning, resulting in better video.

The Gimbal Assembly Is Touching the Drone Body

With the Mavic Pro powered off, turn your device upside-down and inspect the gimbal. The gimbal tabs should be below their retaining tabs, in order to prevent the camera from touching the drone body. Push loose tabs in and then follow calibration instructions. If tabs are broken, follow this gimbal replacement guide.

The Gimbal and Camera Need Calibration

Many video problems can be solved by calibrating the gimbal/camera assembly. To calibrate, unfold the Mavic Pro and turn it on, with the DJI app open on your mobile device as well. In the app, tap the three dots in the top right corner to enter General Settings. Touch the camera icon and then press "Auto Calibrate Gimbal."

It sounds like your SD card is out of space. Try moving its files onto your computer to free up space, or use a different SD card that has storage space still.

Can someone please help me, I am trying to set up my Drone and the controller keeps saying Check App System Error ?

What do I do to fix this?

My remote controller is not turning on. I tried to charge it but it didn't show any response. Neither the display turns on. Anybody can help me?

My drone when outside on the take off it used to hover about 1.2 mts of the ground but now it just goes up slowly higher and higher by itself and only used it twice .It is about 1 month old ,I have tried YouTube video to sort it but all it says is calibrate 1mu and compass to which I have done and makes no difference so is there anyone could help would be much appreciated.