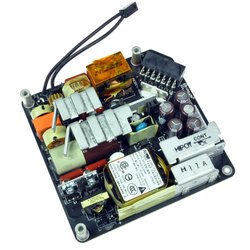 Released in August 2011, this iMac was originally only available to educational institutions. It is similar in construction to mid 2011 iMac models, but has a slower processor with only two cores, less RAM, less VRAM, a smaller hard drive, and no support for Thunderbolt or internal Bluetooth. It can be identified by its model number A1311 and EMC number, 2496, both of which are located beneath the single foot.