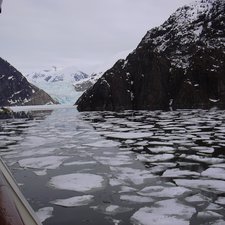 Working to save the public money and time.

here should be some info about "us"

I joined iFixit back in 2009. At the time I joined, I was still learning using retired Pentium 4 systems because of how readily people would give them away at the time, especially with XP licenses. Part of the reason behind this was if I fried one of these systems, it wouldn't be an expensive mistake as the "common" AGP/DDR spec was plentiful. I later took on more expensive gambles, but this happened years later. These days, I generally avoid Pentium 4’s unless they are high-end.

At times, I have also figured out how to make something if I need to, even if it costs more upfront to avoid having to pay for someone else's experience and pick up the experience needed to do what is needed.

I realized I had a the knack when I was younger. In the early days, I was modifying Beyblades and the launchers. Some of these "repairs" included custom builds such as two-tone shell swaps and complete changes using broken ones. During these custom builds, I found a way to fix a common ripcord issue we ran into a lot (without cutting the ripcord) during the disassembly process (which was needed to save the ripcord). At the time, everyone tolerated it because it wasn't worth the hassle of trying to send them in since they were cheap and the fix was known.

After Beyblades were phased out as a hot toy within my circles at the time, I shifted towards computers. Even though it was mostly done, I would still work on them as they came up. On the IT side, some of my first experiences were with Win98 FE due to its tendency to crash (and yes, I still consider WinME worse than 98 FE if you're comparing which was worse). While I never experienced Windows ME back then (and generally, very little), I did gain very useful experience from Win98 FE when I was 6. Win98 SE is a much better release of Win98, by far.

The shift to cars

While a somewhat recent shift that began after seeing what you could get a 4–5-year-old European or British luxury car for (Mercedes/Audi/BMW, Land Rover/Jaguar) if you can do your own repairs and only take it to a mechanic when parts need pairing or activation to make owning one of these financially better then it was for the first owner if it wasn't leased.

The idea also took off after seeing what older "classics" can go for which may need to be repaired by the owner unless you have a specialty shop that will work on it like the W126/C126 and W140/C140, or the E39 and E46. However, despite the shift, the computer stuff remains around, albeit less frequently.

I want to start an offensive in Germany to get the idea of repair, saving resources and give a "no-go" to planned obsolescence". It will be great if some of the german users (like Markus...) can contact me so that we can concentrate our efforts for going to a better future! http://erhaltungsgesellschaft.de is "my child" and I want to start there with a german wiki for repair-tips and hints in all possible parts like cars, electronic, etc.

so, here comes a little bit about me ;-)

i try to fix almost everything that comes between my fingers. i work mostly on cell phones and saeco coffee makers. from time to time i fix notebooks with bga problems. but there is another thing i work on at the moment, i bought a real bakery oven a few weeks ago and now where having some fun in the neigbourhood (and some jobs to do at company parties and so on) 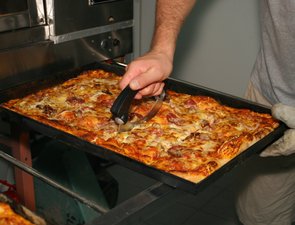 i fix many things for free, but not for everone - i have a few customers (cell phone and computer stores) - they surely have to pay - except for my ex boss at the nokia store - i worked there 8 yrs ago and if i need anything - i'll get it from him (great source for spare parts - let's not forget - most stuff i'm doing is component level repair and some sparparts are simply not on the "market")

i can't compete with the social engagement of other members.

i live in weisendorf, we don't have those extreme social problems here - but i'll try to teach others how to use a computer the right way (not just for chatting and so called social networks). but as always - i have way to little time to do all the stuff i want to do...

pps: btw - i bought the bakery oven on ebay for around 50$ - replaced a fuse for a few cent and it works great

I try to repair/rebuild at least one computer per quarter to give to a child who can't afford one. mayer has offered to help me in that endeavor.

Just delivered a rebuilt iMac G4 to the local Y kids computer lab. Trying to decide what next.

Well it turns out next is a project is a MDD G4. I have maxed the memory and added a USB 2 card. The unit checks out well and has been given to the Y kids computer lab--helps more kids for the buck.

My new primary will be a 2.4 GHZ Mini starting with 4 GB of ram but in time I will max the ram to 8 GB. I am saving my Thinkpad T 42 as a backup computer.

Update--The T42 will be given to a child after all. I just purchased a Pismo for my backup--always did like working on those.

The T-42 has been delivered to a child--working on some upgrades to my Pismo now.

That Pismo and a G4 DVI have gone to children and another Pismo will go in a week or so. I'll have to back off for a while to build up funds again.

OK I've picked up a IBM desktop for a good price and have just finished going through it and installed Mint Linux. Unit will go with a new keyboard/mouse and a copy of Mint Linux to a child when school starts in the fall.

The iMac and a G4 MDD are going to children this week.

I delivered my Powermac G5 to a local home for unwed mothers to be used to help train them in useful job skills. Purchased another Pismo for my backup machine.