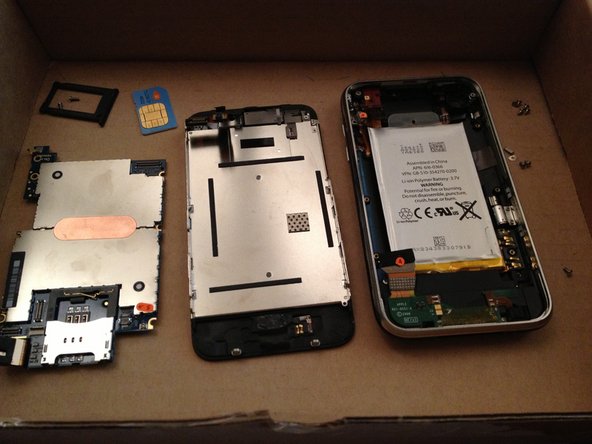 My 8 yr old is using the old iPhone 3G for games and music and broke the 30-pin connector which smashed a few of the pins. It would charge (sometimes), but the final straw was when the phone became disabled when he forgot his passcode, which I could not get around with a broken connector.

Went well. I replaced the connector assembly and battery (while I was in there anyway). The guides were easy to follow and helped prevent me from making any big mistakes. Battery adhesive was tricky and the rubber microphone cover on the connector module was not straight, which made it a trick to get in, but I was pleased at how easy the process was. I'm emboldened to repair the next iPhone that breaks around here.

Just closely follow the guides and you won't have any problems, unless you have fat fingers which make it hard to get those tiny connectors reattached. My one piece of real advice is to go slow and easy when re-inserting the logic board. Make sure everything is out of the way that needs to be and don't force it. Slow and steady wins the race for this project.