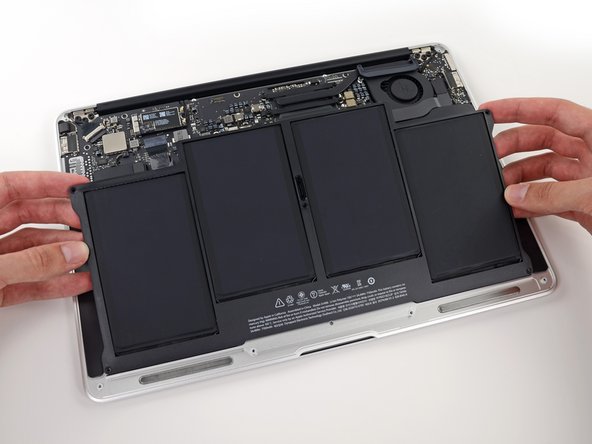 computer would shut off after 10 - 20 minutes if not plugged in.

replacing the battery was easy and now my 2013 macbook air is untethered! Ifixit is the best! they even included the tools that I needed.

when I tried to pull the plastic tab to remove the cable that connects the battery to the logic board, it broke right off. So I had to use a tiny flathead screwdriver to coax the connector out of its slot by gently wedging it into the slot and twisting it back and forth; it was no big deal as I had done it before but if you are a newbie it may have been a "now what" moment.