A few self-inflicted moments of anxiety, but a good experience none-the-less 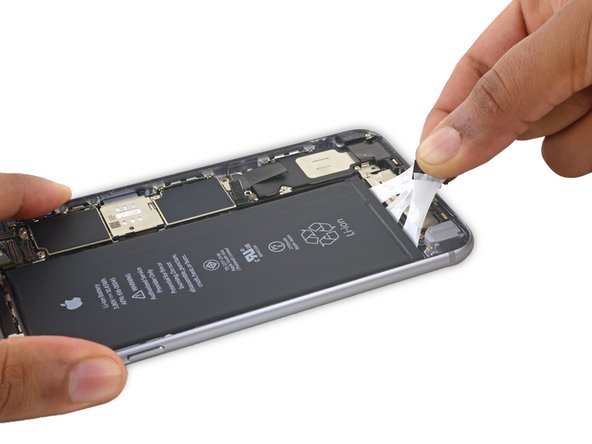 How to Replace Your iPhone 6 Battery

I encountered the terrible performance hit when I went from iOS10 to iOS11 on my iPhone 6. There was talk that replacing the battery would allow iOS11 to return the phone to better performance, so I decided to have a go at it since I've replaced batteries in a iPod Touch 4, iPhone 4S, and iPhone 5.

I went ahead and bought the iSclack in addition to the battery replacement kit. It made opening the iPhone 6 much less stressful than opening other "compression fitted" front panels. Very nice -- no worry about breaking something while digging in with spudgers and such.

After getting in to the iPhone 6, the online directions were easy to follow and I got all of the various battery, display, and digitizer connectors off fairly easily with the supplied screw drivers. Very nice.

I screwed-up when it came to removing the battery adhesive and broke one of the two white adhesive strips because I exceeded the recommended 60 degrees angle suggested in the instructions.

I again failed to follow directions by instead of using the alternate battery removal instructions I just gingerly pulled-up one edge of the battery using a plastic spudger and my finger nails -- all the time wondering if I would suddenly get to experience my old battery bursting into flames because I was mistreating it. Luckily, it didn't retaliate to my digging and I was able to grab hold of the white adhesive again and remove it the rest of the way by not exceeding the 60 degree rule.

I got the new battery in place with the new adhesive strips and then started on the part that I hate the most when putting together some of the latest iPhones: reconnecting the mass of connectors for the display, digitizer, etc in the upper-right of the phone. I had a terrible time on the iPhone 5 which has a similar arrangement of ribbon cables and connectors, and the iPhone 6 was only slightly less stressful. The very first connector that you have to reattach is probably the worst for getting a satisfying "click into place" All the others are slightly different, but the first and lowest one is difficult for me. I'm sure others don't have the same issue... I'm just terrified of breaking connectors like this, so I don't like to apply much force.

With that finished and the actual battery connection finally made, I tried to start up the iPhone 6 on its new battery.

I was freaked-out that it would start to boot and then immediately shut down. My first thought was that I'd messed-up that first display connector, so I took it all apart and examined the connectors for damage. Even after that, the phone would begin to start up and then would shut down.

I then realized that perhaps the new battery didn't have enough charge, so I plugged in the Lightning connector, and sure enough the phone booted just fine.

I get anxious about repairs easily, so don't take my freaking out as anything more than just a personality quirk of mine. You can do this battery replacement. It's a very satisfying feeling when the phone boots, charges, and starts to behave much like it did prior to upgrading to iOS11.

1) Be prepared to have to charge the battery in order to get the phone to boot-up the first time.

2) Don't do what I did and pry-out the battery if the adhesive strip breaks. Follow the alternate directions. I was lucky that my old battery didn't create a fireworks display in my face.

3) Do this repair!!! You will be so jazzed that you did it yourself.

I had the same experience. Once I booted up the phone it was at 1%. I charged the phone for 30 mins and it was only up to 2%. I unplugged the charger overnight and the phone died.

When plugging back the charger cable, the phone boots up to the apple logo and just refreshes over and over again. I opened the phone again and double checked to make sure the battery was connected correctly and everything looks good.

I tried contacting support to see if I received a defective battery.