Wifi Antenna Cable Connectors Can Be Tricky If Damaged 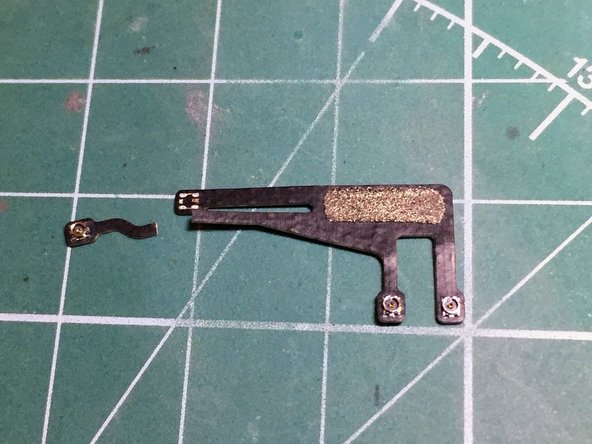 I completed the repair in about 1 hour. When I removed the logic board assembly, I discovered that one leg of the flex cable had actually parted. See my photo. The phone has been wet and impact shocked numerous times. What can I say? When I started attaching the replacement cable, I discovered that the connector on the other leg of the cable had detached at a point exactly opposite the break in the other leg. Removing the snap on part of the failed connector from the logic board was a little tricky. I required magnification and a smaller tool to carefully remove the tiny connector part. After that the reassembly went smooth. Phone now has new antenna cable, antenna and battery (from a previous ifixit purchase.) 100% operational now!

I would advise anyone replacing the antenna flex cable to examine the attachment points on the logic board under magnification. Make sure all residual pieces are removed and the connectors are good to go for attaching a new cable. Connector would be damaged if you tried to force a new connector over residue of the failed part.