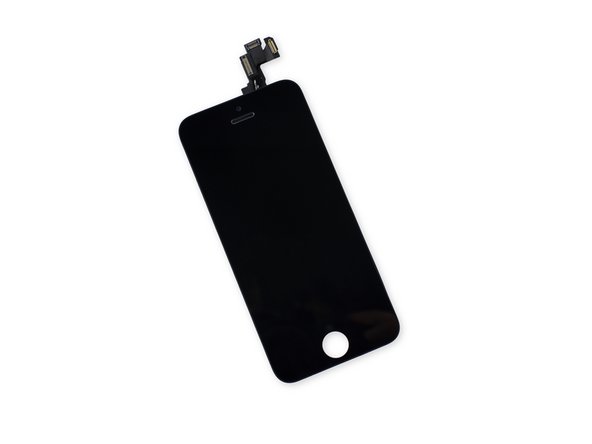 My niece's phone was a mess. Cracked horribly all over with chunks of glass missing in multiple spots. Even the glass areas on the rear at the top around the camera and the bottom were broken. I noticed how awful it was at a family gathering. She said it still worked fine, which was surprising. She was plugging it in to charge, and said she had to do that all the time because the battery was toast.

iFixit and Doc Fixem to the rescue. I couldn't bear to see the condition of this easily repairable phone. I ordered a new display assembly and battery, which came promptly. I've replaced displays many times, and batteries a couple of times, so it wasn't anything new. The most difficult part was my niece being without her lifeline for about 12 hours until I could get it back to her. When I removed the old, taped up display assembly, a screw and bracket piece fell out of the works. Talk about a mess. The small metal clip over the home button connector went flying when it was pried off, but was found in short order with a flashlight shining across the floor. Removal of the battery was simple using my iOpener to soften the adhesive. The old beat up frame of the iPhone5S was bent in a few areas around the edges, which contributed to the display damage, I am sure. A little careful persuasion with pliers provided the remedy. When the new display assembly was being installed, I noticed the frame also had a slight bend or curve in the long axis, causing the face to be slightly concave. This prevented the new display seating properly, and could have even caused it to crack during install. I disconnected the new display. Placing the iPhone face down on a hard, flat surface and applying repeated firm pressure to the high spots on the back of the case returned it to true. New display assembly connected and seated perfectly. Powered up nicely, and everything works. Happy niece, whose uncle is now a rock star, thanks to iFixit parts, tools, and most of all helpful, accurate and easy repair guides.

Be patient, and take your time. If you are watching football while repairing, (as I did) make sure it is not your favorite team. Whether they are playing awesome or awful will adversely affect your repair efforts! Carefully inspect everything, and get all the information before ordering parts to fix basically anything. I was glad to be able to replace display AND battery at the same time for efficiency. What I forgot to check was the screws. One of the display assembly screws on either side of the charging port was missing. Would have been ideal to have that on the same order. Oh. and lose a small part when it goes zinging who-knows-where? Turn all the lights off, lay a flashlight on the floor and slowly rotate until you see that little bugger. Found a missing diamond that way!