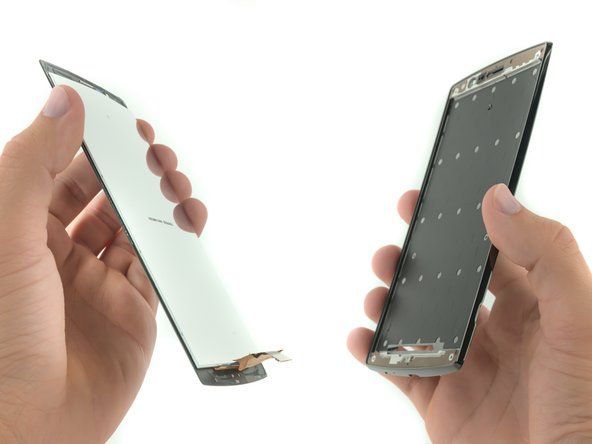 I managed to crack the screen on my G4 by sitting on a hard concrete step with the phone in my back pocket.

The repair was probably the easiest screen replacement I've ever done. The replacement screen I ordered from ifixit was already glued into the midframe, so all I had to do was swap over the motherboard, vibrator, speaker, cameras and headphone port. After reassembly, however, my screen wouldn't turn on. It would light up then immediately shut off. The proximity sensor was detecting the phone was in my pocket, so it kept turning the screen back off. I spent 45 minutes trying to shift the motherboard, and attached proximity sensor, to keep it from detecting a non existing object. Finally, I compared the proximity sensor opening of the new screen to my old screen and I realized that there is a small rubber boot that needs to be installed between the sensor and the glass to prevent the proximity sensor from getting false results. Swapping the boot over to the new screen fixed all of my issues and everything works like it did the day I bought my G4.

Make sure you get EVERY part from the old assembly into the new assembly! Something as small as a tiny rubber boot can make all the difference!