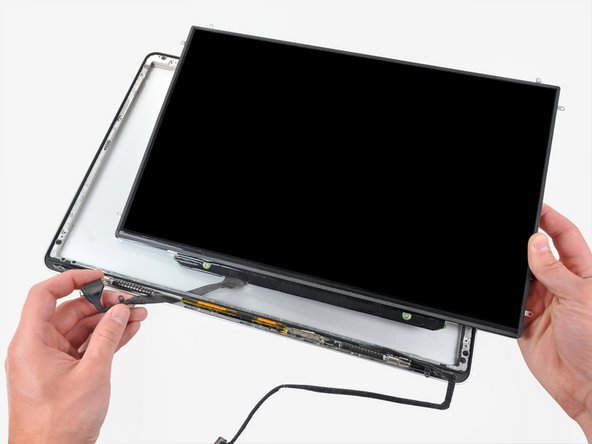 My lcd was bad

As many others have said, getting the glass off was real tough, I found that when I wasn't having success in one corner, I tried a lower corner and it worked much better. From there I just pried all the way around, making sure to heat a bit as I went.

I bought my led from Ifixit and there was a film over the screen! It had no obvious tabs, the way I knew it was there is there was like a pixelated "L" in the lower left portion of the screen! Very carefully use something (my nails were too short) to start pulling up the film, then pull it off. But only once you're ready to seal up the glass for good since you don't want any dust or smudges in there. Good luck