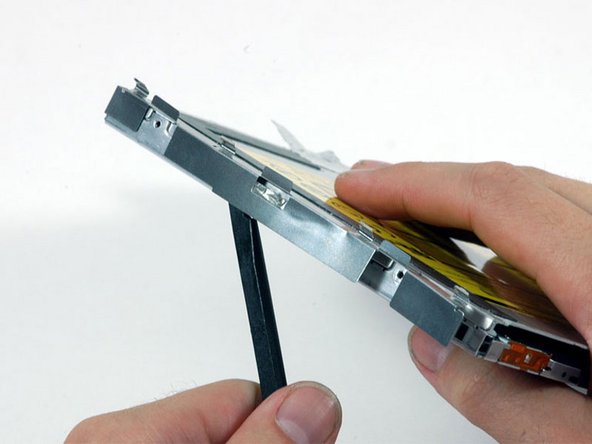 I had a CD stuck in my CD/DVD drive so I called Apple support and they talked me through all the remedies, none of which worked. So then I made a Genius Bar appointment and they got the CD out but then I had an awful, continuous noise (the sound of the drive trying to eject) and the drive no longer worked.

I then did online research to no avail. Then I called MacMedics who I had paid $300 to only weeks before to replace my start-up disc (which was full) with a larger disc. They said the drive needed to be replaced and it would cost $300 more! I posted my plight on Facebook and a friend told me about ifixit.com. I looked up the part but it was very confusing to find the right part. Another friend mentioned Mac Business Solutions and I called them but they said that, since my computer was now considered "vintage" (over 5 years old) they wouldn't be able to get the part. I went back to ifixit and ordered what seemed to be the right part but then I couldn't complete the repair myself because I couldn't follow the instructions with my computer dismantled. I called Mac Business Solutions back and they said, if I had the part, they could install it for $75 which was only $20 more than it would have cost me to print out the guide to replace the part so I took it today and they replaced the part in half an hour and it works!!!!! Yay!!!!!

The hardest part was finding the right part because they are referred to by different names by different sources. But it turns out, ifixit was right! So you can trust them. Another piece of advice is to have another device available to follow the guide while you make the repair. The guides can be very long and expensive to print out, depending on your printer, so it pays to have another device available to access the guide while you work.