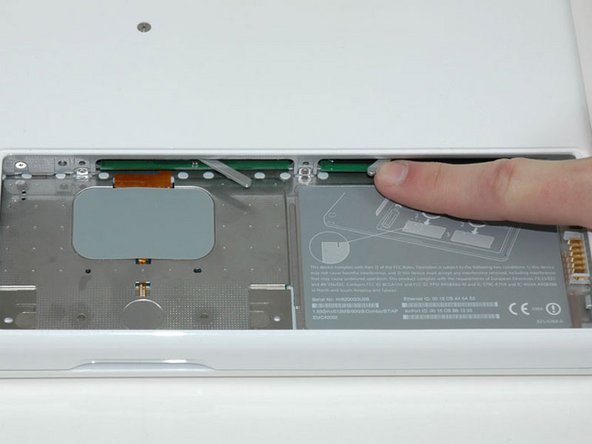 The problem: I wanted to upgrade from 1GB of RAM to 2GB.

I purchased my MacBook1,1 in 2006, with 1 GB of RAM. The most recent OS installed was 10.2. That OS is pretty behind the times; it doesn't recognize my iPhone, and none of my browsers can be considered secure any more. It was time to upgrade the OS, and for an optimal experience, I figured it was time to max out the RAM as well.

Taking out the battery/unscrewing the L-shaped frame was pretty easy (I used a jewelry screwdriver). Removing the old RAM was a snap as well. Getting the new RAM in there was difficult. You really, really have to force it in there! It took about an hour for me to figure out that I just needed to be rough with it. My fingers were so sore from pushing on it that I put a pad of post-its between the RAM and my fingers. Finally I felt the RAM slip into the slot. Finally. After that, it was all systems go!

It requires brute force to push the RAM into the slots. Keep pushing. It's also worth noting that when you put the L-shaped frame thing back on, you should use the screwdriver or something else small and flat to kind of slip the padding underneath the frame as you put it back into place. Otherwise your battery won't quite fit.