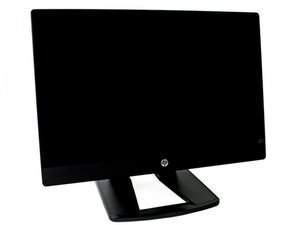 You mentioned that you can put Nvidia Quadro Graphics in the HP Z1. But is it possible then also that you could put in say a GT/GTX Series card from Nvidia if you wanted to make it a good all-round machine for gaming, cuda based work and the like?

From what i saw in your tear-down it looked like there was a standard PCI-Express slot.

Maybe if you could put that in your tear-down that would be helpful for others looking at this unit as an upgrade platform for a solid all-in-one solution for home use to substitute for a tower due to space constraints.

So in short-Can you put different Nvidia cards besides Nvidia Quadro series cards in the HP Z1?

From what I have seen, it appears that the graphics card isn't a standard PCI-e, but rather it's an MXM card with a custom cooling enclosure. I don't know if you can buy the enclosure from HP's parts warehouse without getting the card, but if you bought one with a graphics card, you should be able to upgrade it to another MXM card. They do show a video on how to upgrade the MXM card inside the enclosure on HP's site.

From my (admittedly limited) knowledge of graphics cards, there seem to be a lot of MXM cards. nVidia's Quadro for instance goes up to 5000M (but their highest performing card is 6000, which does not appear to be available in MXM format). There may be some other differences between the PCIe and the MXM cards too (clock speeds, etc.) that I don't know.

Having said all this: I do not own an HP Z1 (yet), and I have heard of no reports of people swapping the graphics card for another model not specifically endorsed by HP.