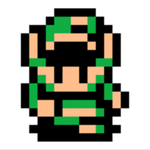 May have short circuited a chip with the back of the power switch?

Recently bought a snes while on vacation, some of the pins might have been bent during the flight back since I eventually figured out that the cartridge had to be leaning forward for the connector to read it. Was trying to slowly bend the connector upright to fix that. While testing to see if it would read cartridges properly, instead of having the power switch hang out the side I instead tried to reach through where the eject button would be to turn the power on. Saw two quick flashes, and suddenly the console no longer powers on.

Power cable works fine on a back-up snes, swapping the power switch didn't fix this issue, and swapping the controller port still didn't light up. My best guess is that the back of the power switch might have made contact with pins on the PPU1 and/or PPU2. I don't currently have a circuit tester to see if the fuse and/or chips are still working... how doomed is this snes? Based on this, is it completely toast or is there some fix I'm overthinking?

@kuser77 unless you open it up, do a visual check and test the components/circuit with a multimeter etc. it’ll be nothing but a guess. Since you’ve seen sparks, make the assumption you shorted something out. Most likely it’s repairable but unless we see it, its only a guess.

Board looks fine, I've found continuity for the majority of the pins on the PPU 1 and 2 chips, and no continuity at the fuse. I think I'll just buy a replacement fuse, and assume the pins I didn't find continuity for were connected with chips I am currently too lazy to check on, or at least look up the schematics rather than randomly searching for where the pins connect to