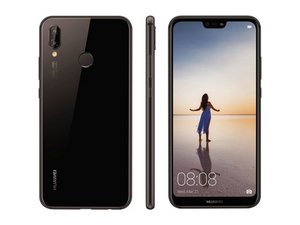 Does Anyone know a way to save data like pictures from this phone in this state?

My cat died last month and i would loose all my pictures with her. I would really appreciate every help to save those pictures.

Does Anyone know a way to save data like pictures from this phone in this state?

My cat died last month and i would loose all my pictures with her. I would really appreciate every help to save those pictures.

I would do the following: first try to force stop the phone by pressing and holding the Power button for more than 15 seconds

Finally, to make the phone work again you still have erecovery(check answer to post #3 in Huawei Community thread)/ReiBoot option but supposedly this will destroy your data, as it will doing a factory reset

Good luck, let us know if you were able to fix this

Idk if you already tried this or if it's possible at all in the current state ur phone is in, however you could boot into a custom recovery like TWRP (won't overwrite/install anything on the device, sort of like a live distro) after patching it to include /data/media (the internal storage accessible from your phone, including DCIM folder) in the backup (or use this method) and simply make a NANDroid bkp by following this guide until the "fastboot boot twrp.img" command. The recovery file specific for your device is downloadable at this link (Huawei P20 Lite codename "anne").

I don't think you'll need an unlocked bootloader for this, as you're not flashing the image but just booting it for recovery. Of course if the device is out of space you will have to plug an OTG cable+flash drive or insert a micro-SD card with enough free space to save your data (should also be possible to save it directly on your PC, video is in French).

Being able to boot TWRP successfully, after backing up you could:

Just speculating, you probably thought about this too, still I really hope it's feasible and you manage to access your data again

Wipe Cache and safe mode is not a Fastboot and Rescue mode option ... but the only menu i can open is Fastboot& Rescue mode. Erecovery mode is not possible. When i tried it, it simply was a black screen for a bit longer like he would try to go into the eRecovery mode but he couldnt so the logo went up again -> normal boot process.

And i don't want to wipe cache i guess because i want to safe the pictures of my cat.

But nice try. Thank you.

IMO we gotta find a way get to erecovery, as on EMUI 9+ it should have a SAFE MODE entry; btw v9.1 seems to have a precious 'Emergency Backup' feature, see post #7 on this thread(https://forum.xda-developers.com/t/p20-l...). On older versions, the procedure to get to recovery screen could be slightly different (see post #2 on the same page).

By all means, as @strongbow suggested if your phone is supported also give HiSuite a try.

Last resort, disconnecting and reconnecting the battery ribbon cable has been reported to work but seems like a very experimental trick.

I think there is no thread you find on the first 5 google sites i have not read. And "No" HiSuite still does not work when the phone is locked.

And yes there is an Emergency Backup in the Erecovery Mode that is possibly broken or cannot be entered. Thanks for your help.