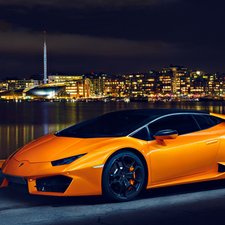 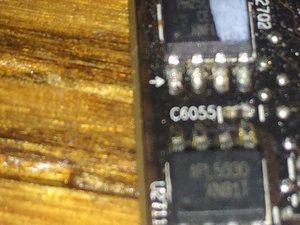 It’s hard to make out in the picture, but based on the silkscreen on the board which reads c6055 right next to where I think you mean, this would have been the spot for a capacitor, assuming it was populated. Sometimes in the design process components are left out of the final production board, so there may not have been anything there to begin with. It would be easier to tell with a clearer picture. But generally if the component was ripped off, there would be some signs of that being the case. It would look like something was removed forcibly. Otherwise it would just be 2 clean, perfect from the factory looking solder pads.

If it was knocked off accidentally, (it looks like that may be the case since it does not look quite like factory perfect blank pads) capacitors could be important? But many times they are there simply to keep electrical “noise” off the line. So although it would better for it to be there, it may not be essential for functionality.

So it’s not important?

@beanman56 I can't say for certain without the schematics of the specific GPU since without it I can only guess at what its function is and as far as I know, those are not something that is publicly available.

That being said, importance is subjective. It is likely important for longevity of the device or for optimal performance. If it was intended to be in the circuit, it was there for a purpose. But no, it is probably not necessary for the GPU to run.