I’ve been fighting with this iMac for about 6 months. The first symptom was glitchy vertical lines on the display, which then turned into a dreadful black screen of death. After hours of lurking this and other forums, as well as youtube videos, I diagnosed it with dead GPU (AMD Radeon HD 6970M 2 GB). I tried baking the GPU with no success, the Display cable got broken in the process, I got a replacement, still nothing.

A few days ago I bought a new GPU from Ebay and the iMac works perfectly fine with an external display, but the internal one stays as dark and empty as my will to live at this moment. I can’t see anything when shining a flashlight at the screen, so I guess the inverter board is fine. At some point I broke the v-sync connector - the plastic shield fell off and pins are a bit bent, but I can still connect the cable and it’s seated tightly. Also, I read that display should work even without the v-sync cable connected, so I don’t think this is the problem. Additionally, the new LVDS cable got a bit bent, but all the pins look fine and it’s seated tightly as well.

Three diagnostic LEDs are on, the 4th one is off, exactly as it was before the GPU replacement. Btw, after the replacement and first boot, it took about 10 minutes for the external display to show any image (it booted into the recovery mode), which leaves open the possibility, that the original GPU was fine, since I never waited so long while testing with an external monitor.

Of course I tried SMC and PRAM reset, as well as safe mode and recovery mode. I’m unable to run diagnostics (tried with D and option + D) - it looks like it doesn’t work with an external monitor.

Oh, and the internal display is not even recognized in “about this mac -> displays” - I can only see the external one.

I checked, rechecked and rerechecked all the cables like a million times and cleaned all the connectors with isopropyl alcohol + removed every single dust particle using a brush. Still nothing.

Is there anything else I can try before blindly spending more money on this ancient machine? 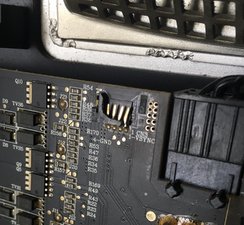 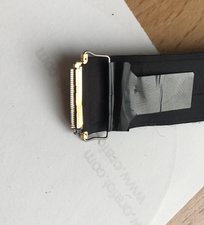 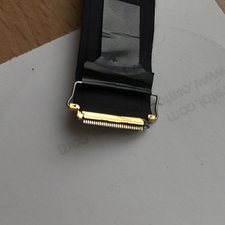 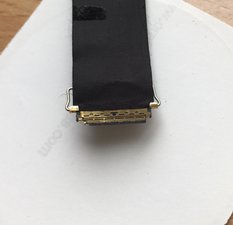 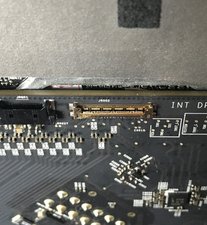 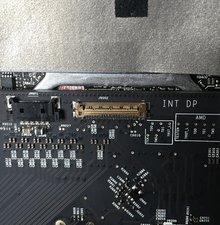 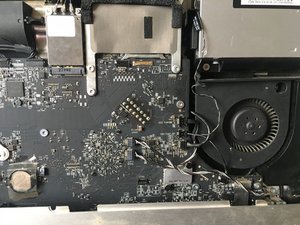 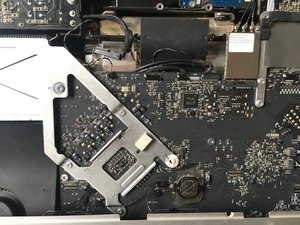 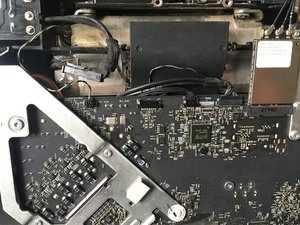 Your images show a lot of damage! Clearly the display cable is missing a chunk with the pins. The logic board connectors both show damage.

What do you mean by "both logic board connectors"? The LVDS (golden) one and the one next to it? Or the LVDS and the v-sync one (but technically it's on the inverter board, not the logic board, right?)?

You think they're definitely damaged and I should order a new logic board or is there a chance that just a display cable replacement would work?

@danj So I need a new cable, new logic board and new inverter board, correct? And is that true that display should work without a v-sync cable attached?

I would replace the cable for sure, the connectors them selves can be replaced! No need to buy replacement boards.

You'll need to find someone with the deeper skills (soldering)