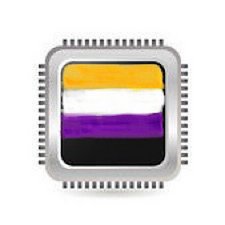 What does an iPad need connected to boot

I have an iPad 6 I’ve been trying to get up and running for fun. I got it in less than ideal condition, but it seemed to boot just fine, but would shut off randomly I think? Coudn’’t tell much because the digitizer was murdered, LCD was cracked to the point of no discernible image, but backlight would come on. Home button seemed fine. Had some weird restore issues but couldn’t tell what for sure was going on because no working display and was running lightning cable through my keyboard so it would reach my work desk and that port is funny sometimes.

Had yanked the board out just to have a look and seem if anything weird showed up on DC power. Finally got a known good digitizer and LCD. Connected everything up DC power supply, since I don’t seem to be able to find a good battery in any of the iPads I’ve acquired.

It boot loops. Restores okay via iTunes with no errors. Even on the other side, still boot looping. DC power acts like it’s booting, gets to somewhere between 800mA and 1A of current draw and then back to zero. And loops.

I haven’t worked much on iPads and I’m wondering if it’s just mad something isn’t connected or because I’ve connected the home button from a different iPad since it’s already installed in the digitizer? I've got the home button, LCD and digitizer connected, but nothing else, power all through the DC power supply, just alligator clips on hot and ground. Booting via USB or shorting the power button.

You need a working battery connected to the board to boot into OS, DC will only boot to logo and restart - hence the boot loops you are experiencing.

I had a feeling since it's not sending battery data to the board this way. The batteries I have work for power on, they're just not in great shape. I'll give that a go when I get home and report back.