Mac was always battery low so not turning on

The problem was the motherboard and battery and now it turns on and you can use it without having to connect to power outlet. Now the problem is that the keyboard and mouse are not working. Is this as problem of changing the motherboard and i need to do something or it can be that they are just broke too. It works if i connect a mouse and keyboard by usb. The turn on button works if i press it it turns on. 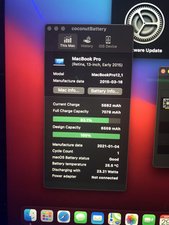 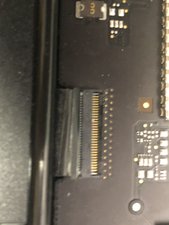 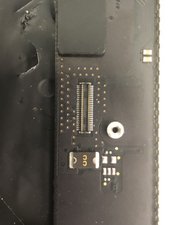 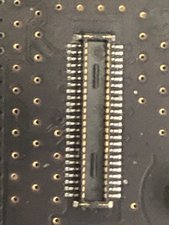 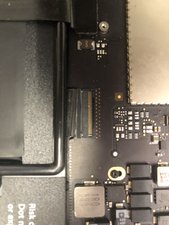 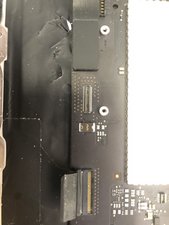 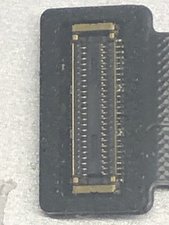 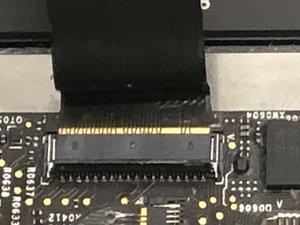 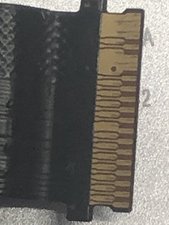 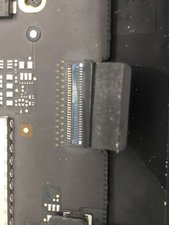 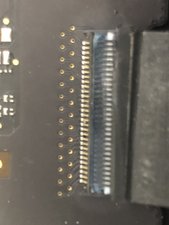 Often when I hear this the one or more battery cells have blistered and press on the keyboard & Trackpad and/or their cables.

I would first check the battery, install this gem of an app! CoconutBattery take a snapshot of the apps main window and post it here for us to see Agregar imágenes a una pregunta existente

Next I would open the system and inspect the battery cells look flat like in these images? Reemplazo de la batería de MacBook Pro 13" con Pantalla de Retina Principios de 2015 Also check the ribbon cable that runs down the center this cable is the Trackpad cable the Keyboard cable is to its right on the logic board.

OK I see the two problems!

The image is not quite clean enough to tell but suspect the keyboard connectors latch popped off when you lifted it up to release the cable. 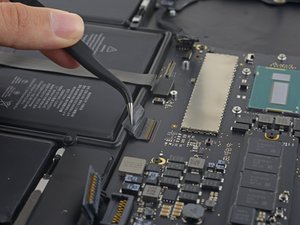 Note the latch is folded down here 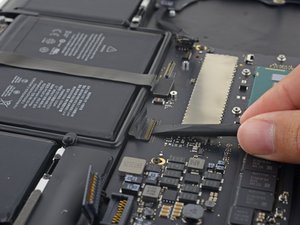 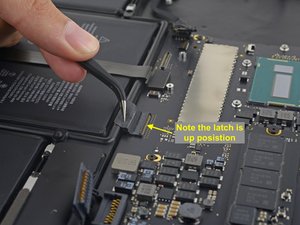 Its now in the up position

You’ll need to look for it on your desk or order a new connector to gain it Keyboard FPC Connector carefully pop it off and put it on your logic boards connector.

But you have a second issue! The trackpad latch is still in the up position on the trackpad! 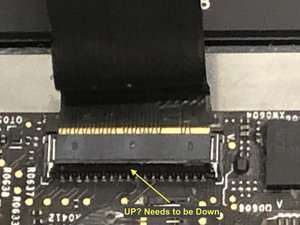 So both will cause you issues!

@danj They don’t look flat the battery is new I bought it from ifixit I changed it.

I don’t see that battery is pressing any cable or something and the cable seem ok. I Edit the post with the photo of coconut battery

@gerardit - Can you post a pic of the battery so we can see the cells curvature?

@gerardit - So you agree the world is not flat, but your batt cells are ;-}

OK, let's get a picture of the two logic board connectors to see how the cables are connected.

@danj Jaja yes the earth is obviously a donut xd. What logic board connectors? battery? or keyboard/trackpad? or both?