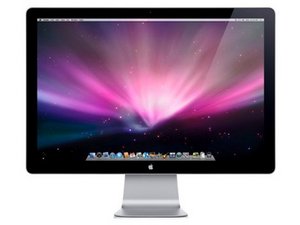 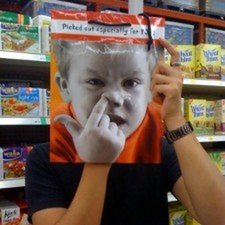 For several years, I’ve been following threads on LED backlight problems. Many have tried replacing parts, but the one part I don’t see mentioned a lot was just replacing the LEDs.

I can’t recall where I found the info, but one possible problem is that the LEDs have worn out and there is a circuit that turns them off when they run too long. You’ll know this is the issue of it works intermittently. After turning the monitor off for several minutes/hours/days, the backlight will work again for a while, but eventually die again. It gets worse over time till it just won’t light up anymore. Another giveaway is if it works at full brightness, but will flick off when lowered and illuminate again back at full.

The problem I’ve had is finding replacement LEDs. Every few months, I do a search on AliExpress hoping they’ll turn up. (I once bought a set, but it was mislabeled and was actually LEDs for the 27”. If anyone wants them, please contact me!)

I believe there was a solution to circumvent the circuit also, but you lose the capability to adjust illumination.

I’m wondering if anyone can find a reliable source for LED replacements for this particular model. Or if they had any luck rigging some other LED into the monitor. Thank you for any leads!

I don’t think your issue is the backlight LED’s. The fact your display shuts down tells me you have a heat issue. Have you cleaned the dust buildup internally? I would do that and check the fan as well.

Unfortunately it has been the LEDs. I ended up replacing the logic board and power cable with no changes. I bought a second Cinema Display used a few years back, but noticed it had some weird burn in or water stains in the corner. I decided to swap the LEDs and it worked! But now the second monitor has no backlight and I've been trying to find replacements for that one now. I find one every now and again with a broken screen and wonder if the LEDs might still be working in them, but the price is still too high for me to give it a shot. The 27” ones I bought were only $14.

I'm intimate with that repair document. I have stepped through the troubleshooting several times.

I wish I knew more about electronics -- I just replace broken parts or solder till it works! lol. From what I can recall how it was explained, it was a voltage regulation issue and it becoming an issue as the LEDs aged. One of the first signs was noticing that you couldn't dim the screen past a certain threshold, otherwise it would just go dark. But increasing the brightness would bring it back. But eventually you’d have to keep it on max brightness or it wouldn’t work at all. And finally when that didn’t work, one could circumventing the circuit by soldering around it, but it would leave the monitor at max brightness. It seemed to line up with several technical posts regarding LED lifetimes and reliability. It was about nine years old when it failed completely and was almost never off.

Besides that, everything else worked fine. I even considered mounting off-the-shelf strip LEDs and drilling a hold to run the wire to a separate power supply!

I love these stupid screens. lol