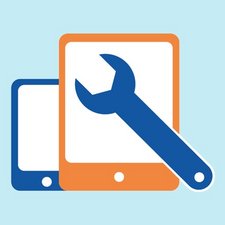 Phone shuts off after a few minutes

I recently replaced the glass back side of the iPhone 11. We don’t replace the glass it self we buy the frame with the glas already placed and just move the components. Been doing that since the iPhone 8 and never had an issue. I felt this repair went pretty well but when i started the phone and tried to test it, it just turns off. Right after it turns of it starts again with the apple logo. The it turns off again and repeat. I have tried everything i can think off but this still happens. There is no visible damage to the motherboard. I checked with a microscope. I have no clue how this has happened or how it fix it. Here is a list of things i have tried. ESD armwrist band and ESD safe table was used all the time.

So yeah, basicly tried a lot of things with no luck. Any ideas?

Is it consuming power through dc before prompt to boot ?.