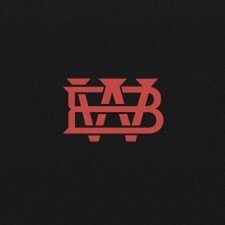 So here is my issue. (While disconnected from it’s charger)

However, as soon as I open up demanding applications such as Lightroom, Photoshop, Minecraft (or just any game to be honest) the MacBook Pro just goes into Deep Sleep mode after 15-20 seconds. As soon as I try to open it, there’s the “Charge me with the red battery icon”. So can’t turn it on unless I put the charger on the Mac.

Turning it back on doesn’t show like 1% battery, it just shows just about to where it was (i.e, being at 75% while shutting down, plugging it in and opening it will be still at 70-80%).

I noticed also while opening Lightroom once, the battery voltage dropped to 10.2V, which is lower than the constant 10.8V that it’s supposed to get?

Seems like it’s the original battery, as it turns out it has 719 cycles and 8 years.

So is this only a battery related issue? Thanks in advance,

[EDIT] First screenshot is after replying to Dan’s comment.

Second screenshot is right after replying to his comment.

So there is around 5 mins between each screenshot.

Let’s get a better view of things, install this gem of an app! CoconutBattery take a snapshot of the apps main window and post it here for us to see Agregar imágenes a una pregunta existente

And yes the battery likely bad.

@danj Thanks Dan. Here is a screenshot of the app! Hope this helps.

Just to mention as well, when I bought it, the battery indicator was saying "Service Required" or something similar. When I reinstalled macos and deleted everything the warning was gone.

Batteries don’t age well, due to there chemical action. Think of how your cars battery only lasts, if you are lucky you’ll get 4 to 6 years.

Lithium Ion batteries are no different it makes no difference how many cycles they just wear out.