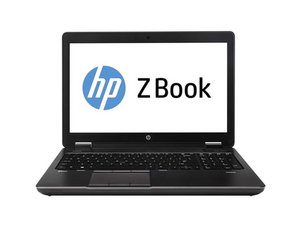 From new, I had an NVIDIA card K1100M Quadro that worked fine, but I now need a card with a higher CUDA rating. I fitted the newer NVIDIA M2000M Quadro, but now I can’t load the NVIDIA drivers (Ver. 461.40) because of an error message saying

The device manager shows the NVIDIA card present, as does the TechPowerUp GPU-Z 2.36.0 utility.

Please can anyone help?

O.K to start with that card isn’t listed in the HP service manual on page 78:

Having said that, maybe try something like IOBit's Driver Booster. It has help me in the past.

As stated by mike, the M2000M is not officially supported on these systems. Nvidia drivers block unsupported hardware combinations for mobile GeForce and Quadro hardware (read: if no variant of your laptop ships with your new GPU, drivers won’t install).

You’ll need to extract the driver installer and edit the .INF file to force Windows to install it on your new, officially unsupported hardware configuration. Also, you’ll need to disable driver signature enforcement (or w/e it’s called) because you’ll basically install a driver that’s been tampered with.

How? That’s an important question I can’t answer right now, but hopefully you’re willing to go ahead and search the internet for “mxm gpu inf mod” and find stuff like this.

Best of luck. Please do report back.

I can't claim the credit for doing this myself, but this was how the machine was fixed. Alao, it needed to be re-done after the 2020H2 update went on, but by then we knew what we were facing. Thank you everyone who contributed to our understanding of the problem.

So, how's the upgrade? Was it worth the hastle?

Anyhow, glad you got your zbook 15 g2 going! I'm planning to do a similar mod with my zbook 15 g1, though perhaps using a quadro m1200 or m2200, whatever has a better bang/buck ratio at the time.