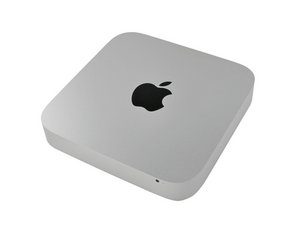 Why did my fan stop working? SSD installed,new HDsensors to fix fan on

I installed a new SSD in 2010 Mac Mini. Replaced hard drive Sensors (one was broken) to get fan to stop running at full blast. I like how quiet it is now. That worked, thanks!

Did a TechTool Pro “Fan Test” and it failed. The fan never engaged durning the test. I will open Mini back up and check connectors. Hey, it has never come on during use anyway, so I’m not going to sweat it if it won’t come on anymore. Better than always on full blast!

Well, wishful thinking all round!

Found that replacing the Hard Drive sensor cables did not solve the fan running all the time issue. Thought it had, but turns out the reason the fan didn’t come back on full blast was that the ribbon cable connector was at an angle and not fully seated. Once I plugged it in all the way, the fan came on at boot and stayed on full blast again.

Unless someone has a better suggestion, I’m going to leave the fan cable unplugged. As far as I could tell, before replacing the SSD, the only time the fan spun up was when doing a fan test. Maybe it did come on at times at low speed I couldn’t hear, don’t know.

It is all back together according to the IFIXIT instructions. SSD nice and fast, but fanless now. Hope it will be fine without fan.