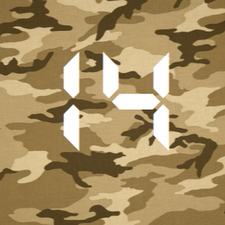 Some days ago I put my iPhone SE to charge overnight with a MFi certified cable and a random usb wall plug, as I didn’t have the original charger around that day, but I thought having a genuine cable was enough to prevent possible damage to the device.

The iPhone had still a good percentage of battery left when I put it to charge at night, but the next morning it was completely dead, while still connected to the charger. No power up, no low battery indicator, doesn’t get recognized by iTunes.

The cable and usb charger aren’t damaged and still work with another device. I’ve opened the SE and did some tests with a multimeter, and here’s what I got so far:

All this makes me think the Tristarchip is damaged and so there’s nothing worth doing to the phone, as sending it to repair this kind of problem would probably cost more than another used iPhone SE now. However I still want to exclude any other possible culprit; for example could the cause be the lightning dock instead?

I’d like to know if in your opinion is the port or anything else worth checking or replacing, before spending 30$ for a new port that might be better invested in buying a new phone; or if these symptoms indicate almost certain chip failure.

To clarify, I’m no expert in iPhone internal electronics besides having done some basic replacements, and know about the tristar stuff from reading about it in the past days.

Based on your description, it certainly appears to be a charge circuit issue.

A Tristar repair wouldn’t be that expensive, probably less than the value of a replacement phone; look and call around in your area to be certain. Besides, if you’re going to spend $30 for a replacement charge port, better off to invest that in a micro-soldering repair and have a functional phone. The micro-solderer will try a charge port anyway before doing any board work (at least, they should).

Thank you for the advice